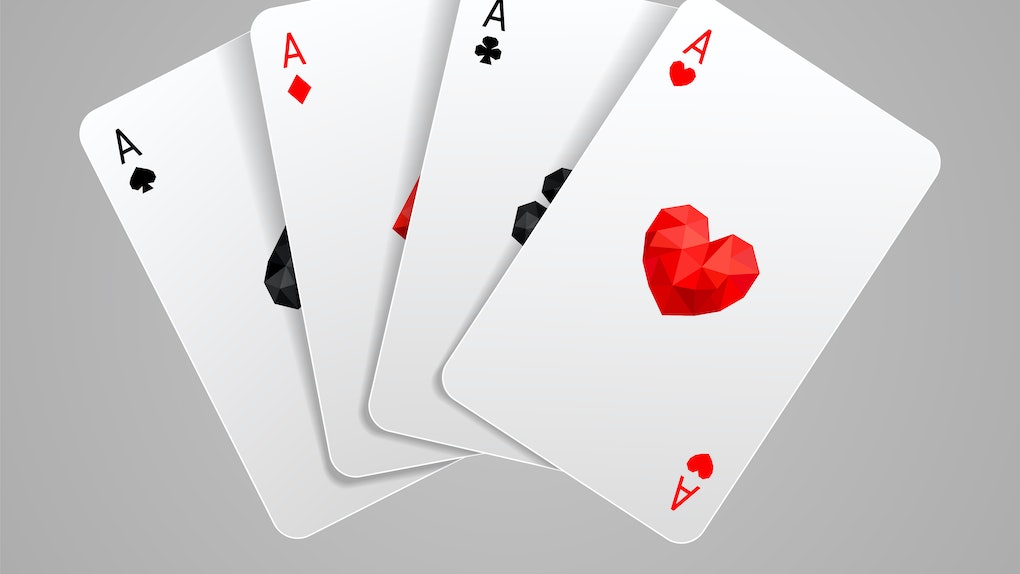 It's easy to turn a boring night at home around if you have a pack of cards. There are even plenty of games designed for two players. Check out these 10 best two-player card games for a fun time with your pal.

Having a deck of cards on hand is always a good idea in case you're in the mood for an impromptu game night. You can choose from a whole slew of games if you have a standard deck of cards, including classics like Slapjack and Double Solitaire. If you don't have a deck of cards handy, there are also online card games that work just as well. Here are some go-to card games to play during your next hangout with a physical deck or online.

The simple card game, War, is available free of charge on the App Store and Google Play, or you can play with an actual deck of cards. After you divide the deck evenly, each player turns up a card at the same time, and the highest card wins both cards and puts them face-down at the bottom of their deck. If you happen to get cards of the same rank, it is war. You can see the full rules here.

Rummy is a popular card game in the United States. Each player has the goal to create matched sets with groups of 3 or 4 of a kind, or sequences of 3 or more of the same suit. If you're playing with one other person, the winner of each hand deals the next. You can see the full rules here.

Double Solitaire is a variation of classic Solitaire and has similar rules. The main goal of the game is to rearrange your deck by suiting and ranking the cards and put down all your cards. You can find the full rules here.

Slapjack is always an entertaining game to play that leads to tons of laughs. You'll want to be the first to slap each Jack as it's played to the center. If you beat your pal and slap the Jack first, you'll take the card as well as all the cards beneath it. You can find the full rules here.

Matching is available for $2.99 on the App Store. The concentration style game is packed with fun sounds, graphics, and animations. You'll also boost your memory as you match pairs to win the game.

Exploding Kittens has an odd name, but it's always crowd-pleaser. Although, you can still have fun even if you only have two players. If you draw an exploding kitten card, you lose the game. To win, you'll simply need to avoid exploding. It's super easy to learn how to play and takes 15 minutes to play.

You can easily play Go Fish with only two players. The aim is to win the most "books" of cards, which is any four of a kind such as four aces. There are 13 books in total to win. You can find the full rules here. You can also download Go Fish - The Card Game to play virtually. It's available in the App Store and Google Play.

To win Crazy Eights, you'll want to be the first player to get rid of all your cards. All eights are wild cards, which means you can play them at any time during your turn. You can find the full rules here.

In Trash, your aim is to be the first person to complete your layout of 10 cards from Ace through 10. You'll want to watch out for Queens and Kings, which will end your turn automatically. You can see the full rules here.

Scattergories is a fast-paced game for people of all ages. Each time a category and letter combo is revealed, you'll want to be the first one to slap the "I Know" card and give the right answer. The player who gets the most cards at the end wins the game.

Scattergories
$8.99
More like this
Here's How To Use 'Animal Crossing' Amiibo Cards On Switch To Collect New Characters
By Cianna Garrison
Can You Blur Your Zoom Background On Your Phone? Here's The Deal With This Clutch Feature
By Lara Walsh
Here's How To Use The "Hey Spotify" Voice Command For The App & Listen Hands-Free
By Lara Walsh
Stay up to date