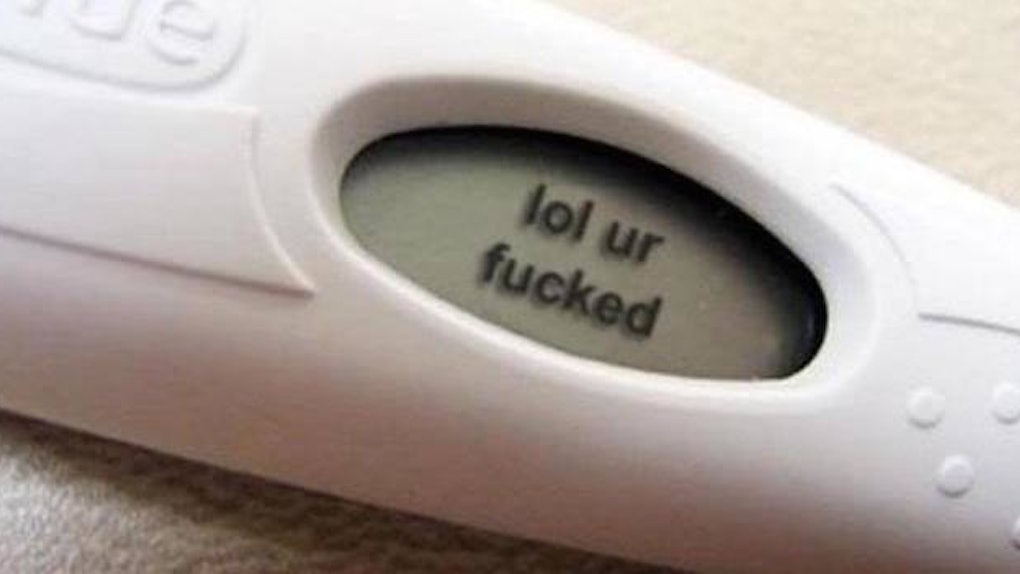 Women Are 'Tweaking' Pregnancy Tests In Order To Get Results Earlier

Waiting two to three weeks after unprotected sex to find out if you're pregnant can be agonizing -- especially if you're hoping for a certain outcome.

To help expedite the process, some women are turning to photo editing tools to “tweak” their pregnancy tests, in the hopes that doing so will reveal positive or negative lines sooner.

Here's how the (unreliable) hack works: After taking a pregnancy test, the woman will post a photo of the test to a site such as BabyCenter.

Then, other women will get to work editing the photo, tweaking the lighting, contrast and exposure, in an effort to reveal a still-developing line that would otherwise be invisible to the naked eye.

Tons of women are doing it -- there's even an app for the pregnancy hack -- but doctors aren't convinced of the trick's accuracy.

Dr. Scott Sullivan, the director of maternal-fetal medicine at the Medical University of South Carolina, cautions,

I have to say that while [knowing early] may help anxiety, medically speaking, it probably isn't necessary for most people... We don't really know yet how accurate the tweaking is. Of course it could be wrong. It might be that the technology or the tweaking itself might not be right.

Tweaking a test carries potential consequences, too: Early in the pregnancy, a woman's risk for miscarriage is much higher.

Even if editing the test does reveal a pregnancy, there's a chance the woman will lose the baby before it has a chance to develop.

This phenomenon is called a chemical pregnancy, and it happens often -- many women, in fact, go through several without ever knowing they happened.

The emotional effects of these repeated losses can be devastating.

Dr. Sullivan says while the act of tweaking a test is relatively harmless, it's important not to get too attached to a result either way.

And, he insists, regardless of what the test reveals, you should always retest about a week after the initial result to confirm the positive or negative wasn't a fluke.

Citations: Women Are Photoshopping Their Pregnancy Tests To Get Early Results (BuzzFeed)