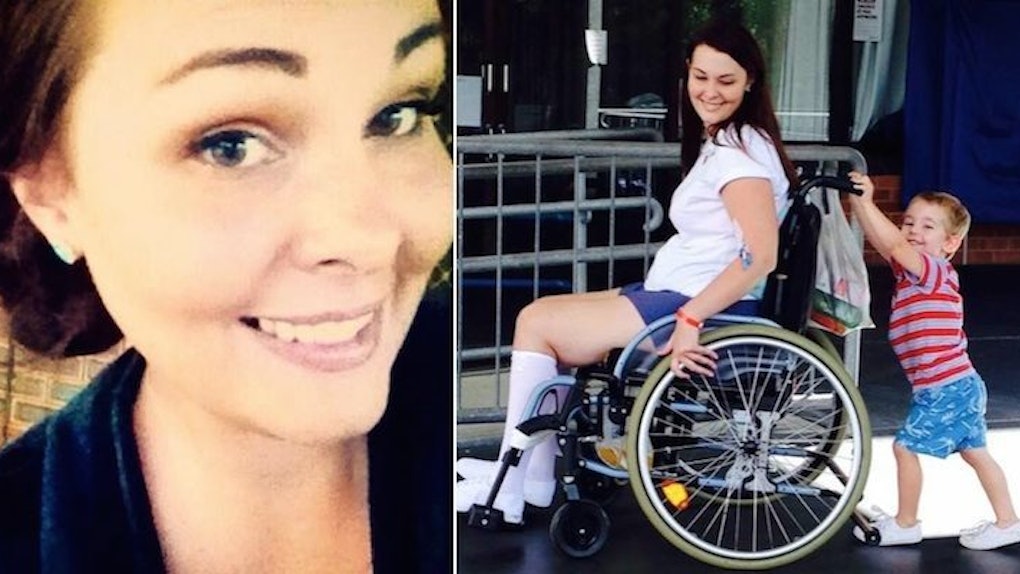 Woman Ends Up In Wheelchair After Using Friend's Make-Up Brush

There are beauty nightmares worse than just having pimple you can't cover, as 27-year-old Jo Gilchrist knows well.

While using a friend's makeup brush, Gilchrist contracted a staph infection that left her immobile below the waist and wheelchair-reliant.

The Warwick, Australia woman first realized something was wrong in February when her back began to ache, according to Daily Mail.

The pain became intolerable and she was rushed to the hospital, only to find her spine had been irreparably damaged.

It seems Gilchrist's friend – who now feels "horrible" – discovered she had a staph infection soon after lending out her cosmetic tools. And when Gilchrist brushed over an open pimple, that same bacteria entered her body.

The antibiotic-resistant CA-MRSA took Gilchrist's genital sensation as well as control over bladder and bowels, reports the Warwick Daily News.

In spite of the challenges stemming from months of medication and a numb body, however, Gilchrist is reportedly beginning to make progress.

Although doctors warned Gilchrist she'll probably never walk again, that isn't good enough for either the mom or her toddler.

She told the Warwick Daily News doctors since allowed she may one day be able to walk for an hour or so a day, adding, "I got a wiggle out of my toes and I just kept fighting..."

"This has been a real wake-up call."

"Before this I was just going through the motions and existing but now I have a huge fight for life."

"If someone tells me I can't do something, I keep going because just the look on their faces when I do it is worth it."

With three months of treatment to go, Gilchrist holds on to the fact she'll soon be home with her son.