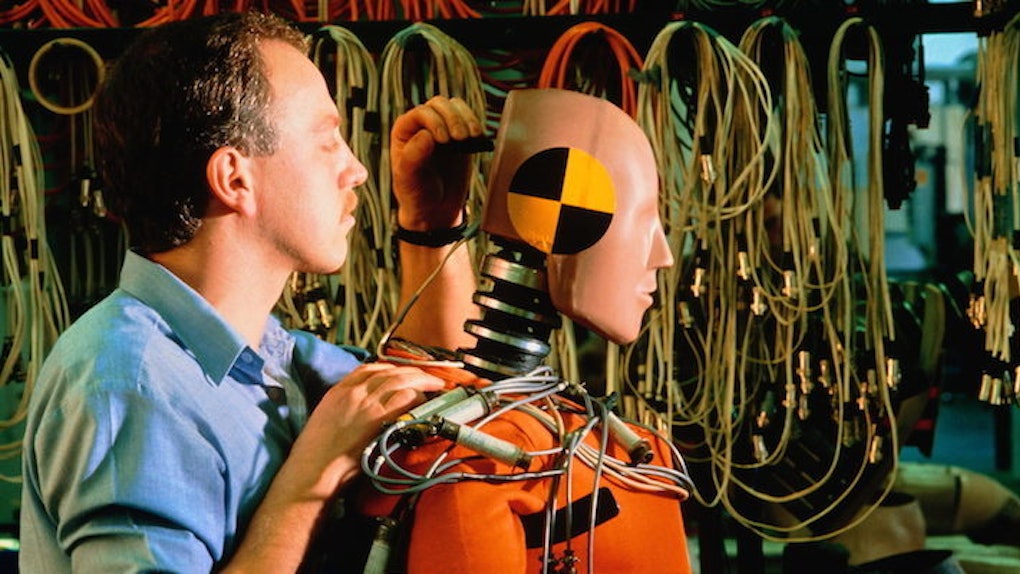 Volkswagen Claims A Robot Actually Picked Up And Killed A Contractor

A robot that moves auto parts at a German Volkswagen plant reportedly killed a contractor.

According to The Local, when the contractor was getting the stationary robot ready, the robot suddenly lunged at the man and pushed him against a metal plate, inflicting extreme contusions to his chest.

He allegedly died at the hospital soon after.

The man, who worked for a separate company, was helping some workers set up the robot for a new line of electric motors at the production facility, Mashable reports.

Volkswagen spokesman Heiko Hillwig told the Associated Press the death can most likely be attributed to an error made by a human being and not a robotic malfunction.

Hillwig said the robot is used to assemble machinery in a separate compact workspace located in the plant.

The robot belongs to the Meissen-based company the victim works for and had not yet been made official property of Volkswagen.

The Local cites a report from a German newspaper; it states unlike the victim, the other workers were situated away from the production area where the accident with the robot occurred.

In addition to prosecutors debating whether or not to take legal action, there is also the question of whom they would bring charges against.