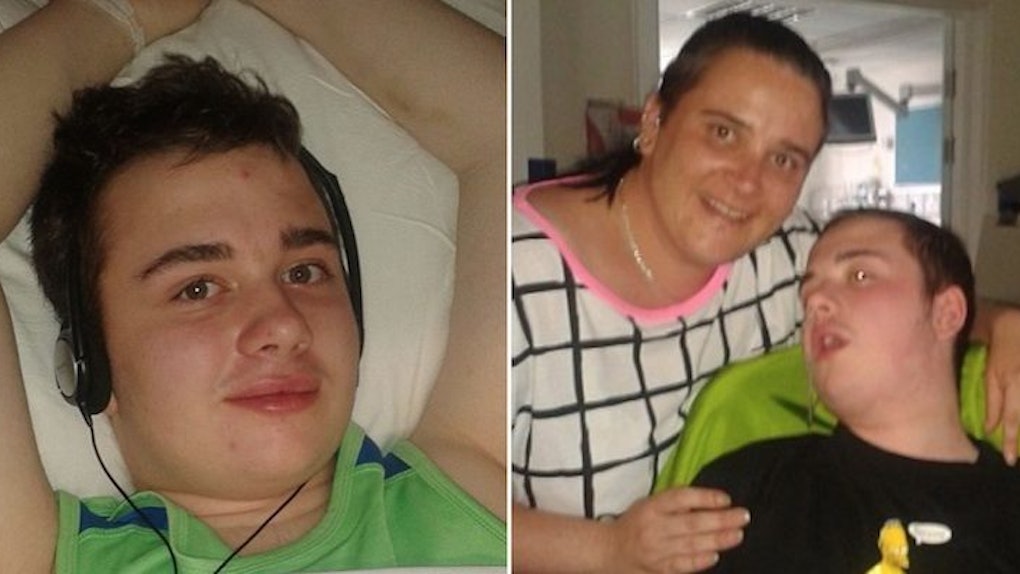 A teenager with a brain injury apparently can't stop eating blocks of cheese or cussing like a sailor.

The Daily Mail reports 15-year-old Kai Thomas awoke from a medically induced nine-day coma with some changes in his habits.

He was taken to the hospital after collapsing last June, and doctors discovered his brain had been hemorrhaging.

After a six-hour surgery to release pressure on Kai's brain, the Chesterfield, England teen had a long period of healing ahead of him.

Doctors said the trauma of the bleed and subsequent surgery had caused him to regress. He'd also lost his power of speech and movement.

Instead of returning to the kind teenager he once was, Kai has been struggling with odd compulsions, like an insistence on crumbling blocks of cheese over the top of all his meals – including breakfast.

He also swears compulsively, even though he never had a foul mouth before.

According to Tracey, doctors told her brain injuries can cause a plethora of unexpected changes in habit, but Kai's new traits are difficult for his mother. She says he was always well-behaved before the trauma.

The teenager continues to heal, spending his time in home-schooled lessons and taking on an hour of regular school each day. Slowly but certainly, the old Kai is making his return.