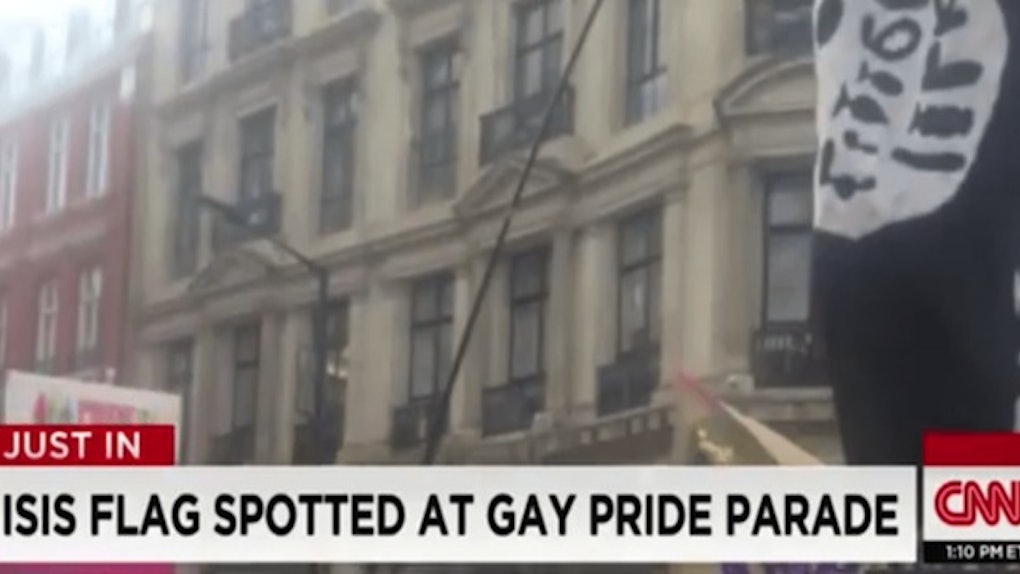 Whoops! CNN Confused A Sex Toy Flag At A Pride Parade With The ISIS Flag

CNN mistook a drawing of sex toys for the flag of the Islamic State while covering London's gay pride parade on Saturday.

The design resembled the militant group's religious insignia from afar.

However, CNN correspondent Lucy Pawle failed to notice the parody at hand, remarking the lettering looked like "gobbledegook" and concluding,

It's very distinctively the ISIS flag.

Oliver also discussed how the news network has yet to apologize for, or even acknowledge, its blatant slip.