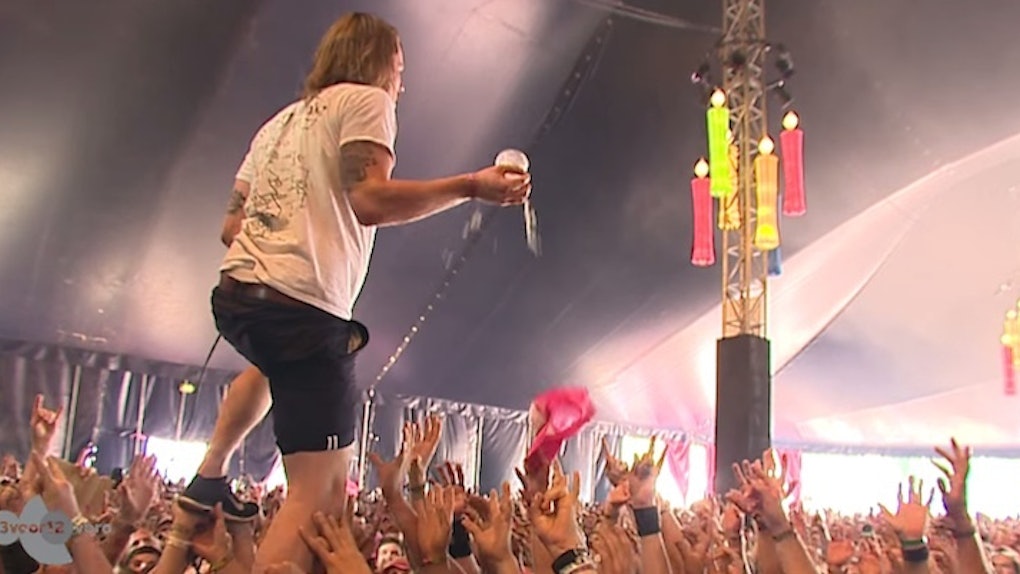 This guy rocks so hard, he defies the laws of physics.

At a music festival in the Netherlands, singer David Achter de Mole of the band John Coffey was crowdwalking -- a more leisurely and dry version of crowdsurfing -- when a fan thought he looked thirsty and chucked a beer cup at him.

Aside from Ozzy biting the head off a bat onstage, and Keith Moon snorting his dad's ashes, what David did is the most rock 'n' roll thing to ever have happened.

How does the cup stay filled with beer? How did he catch it? How did he keep his balance?

Why did he drink the mystery liquid without even smelling it first?

Only the gods of rock know the answer to those questions.

Citations: This Is the Most Rock n Roll Thing Youll See All Day (TIME)