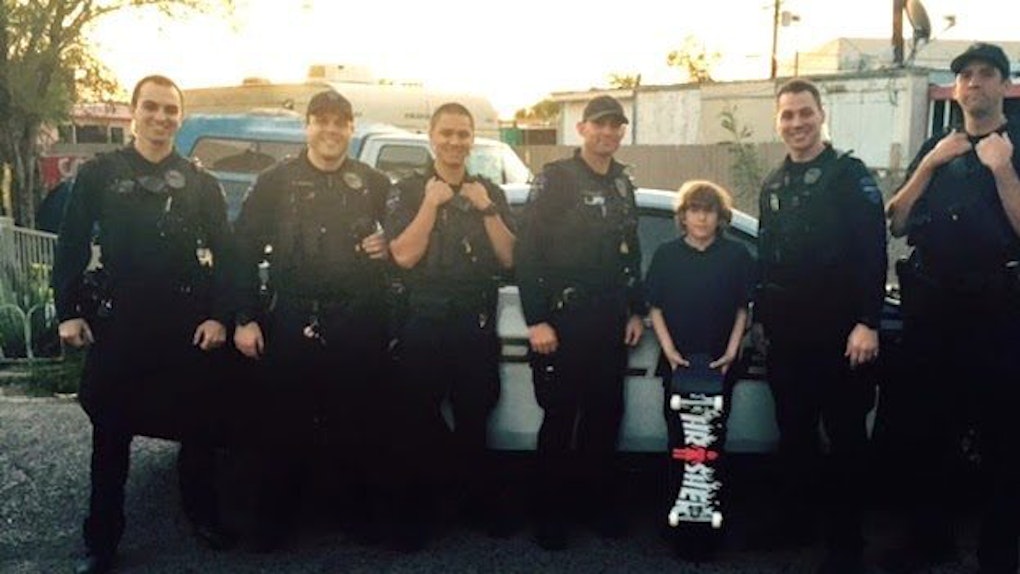 For most teenagers, breaking the law means an unhappy interaction with the police.

In a case involving a 13-year-old from Tempe, Arizona, police supplied a new skateboard instead of a ticket.

A post to the Tempe Police Department's blog explains officers were called to a local public transport platform to pick up a gang of teenagers trespassing during the early hours of the morning.

One of the young boys, identified only as Tyler, reportedly came from a "significantly impoverished home" he tried to avoid returning to whenever possible.

Tyler's life was already difficult enough without the strain of an extra financial burden.

In response to Tyler's story, several police officers decided to give the boy a gift.

The squad purchased the boy a new skateboard to replace the cracked version he'd been using.

They also waived his ticket.

The officers reportedly plan to keep checking in with both Tyler and his family, helping to improve their living conditions.

Citations: Teen Gets A Gift Instead Of A Ticket From Arizona Police (Video) (Opposing Views)