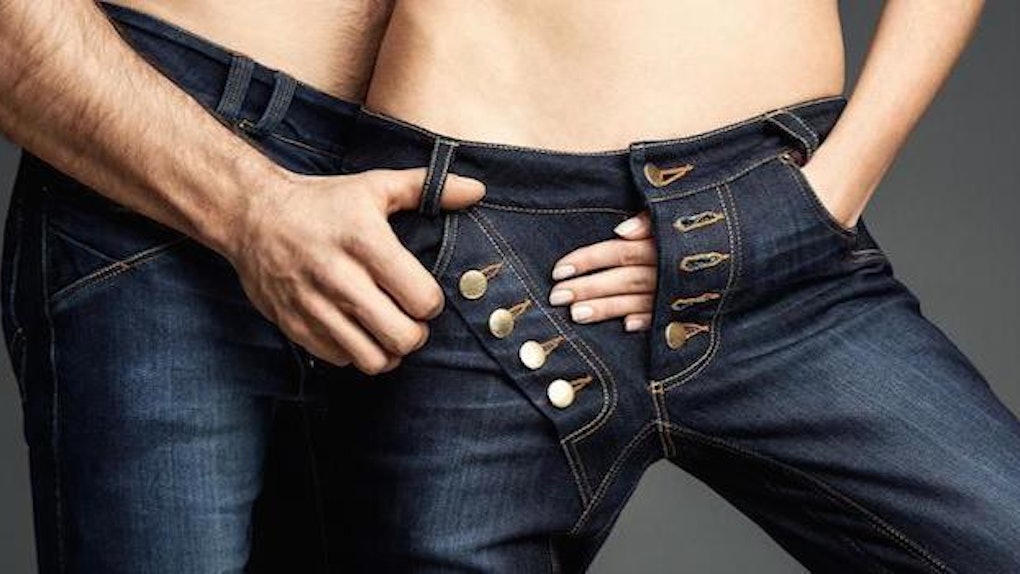 Denim Pants With A Hidden Zipper Give Your Partner 'Easy Access'

If you're kinky, itchy or just plain bored, there's a pair of jeans designed especially for your needs.

The jeans are the creation of designer Robert Kalinkin. Kalinkin got started on the easy-access pockets after finding a convenient hole in the lining of his conventional jeans.

With around $15,500 in funding and nearly 70 backers, PlayPants creators exceeded their funding goal, and the pants will soon go into initial production. The Lithuanian designer describes his pet project as the first of its kind.

After all, these are part sex toy, part designer denim. They even include an extra tiny pocket, perfect for storing condoms.

These are PlayPants and they're like nothing you've seen before.

Kalinkin assures potential customers PlayPants are sustainably made in Lithuania.

So, you're not only doing something good for yourself (and a friend), you're helping workers and the environment.

They're also unisex, so both you and your partner would be able to try just one pair.

PlayPants estimates it'll begin shipping out the jeans in June.

Get ready for a whole new kind of pants.