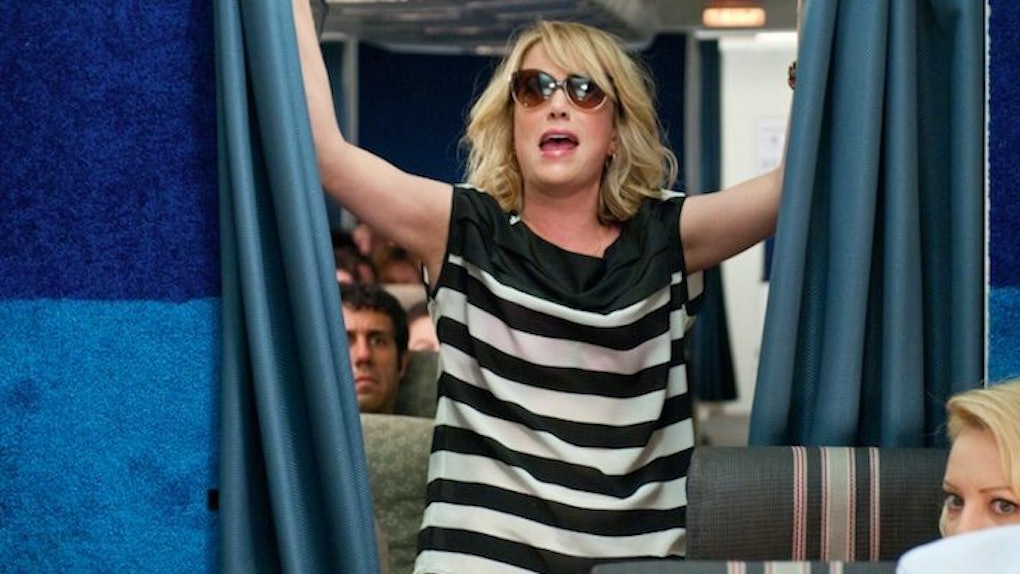 A plane headed to Dubai this week turned around just 30 minutes after takeoff after someone dropped a serious lethal bomb.

It must have been quite explosive as the pilot came on the loudspeaker shortly after to announce the plane was headed home to Heathrow.

He told passengers there was a "liquid fecal excrement" inside the cabin bathroom, and the flight crew examined the problem but couldn't fix it.

Basically, someone sh*t on the plane after spending his or her cheat day binge-watching Netflix, three pies deep in pepperoni pizza and shame.

I know, it happens to the best of us. But come on, man; you're going to wait until you're on a plane to get rid of that food baby?

Passengers were pretty pissed about the poop situation, tweeting about their 15-hour wait for a new flight after the pilot promised they would be put on the next plane to Dubai.

Insane! Our BA flight to Dubai returned back to Heathrow because of a smelly poo in the toilet! 15hrs until next flight... #britishairways — Abhishek Sachdev (@CllrAbhiSach) March 12, 2015

British Airways provided hotel accommodations and food vouchers for the passengers while they awaited their next flight.

If I were on that flight, I would have made sure whoever it was didn't get to receive those damn food vouchers and free hotel stays.

You don't get to have nice things if we're all waiting 15 extra hours because of your stinky situation.

Then again, I'd probably just keep my mouth shut. Whoever smelt it...

Citations: A British Airways Flight Had To Turn Back Because Of A Really Smelly Poo In The Toilet (BuzzFeed)