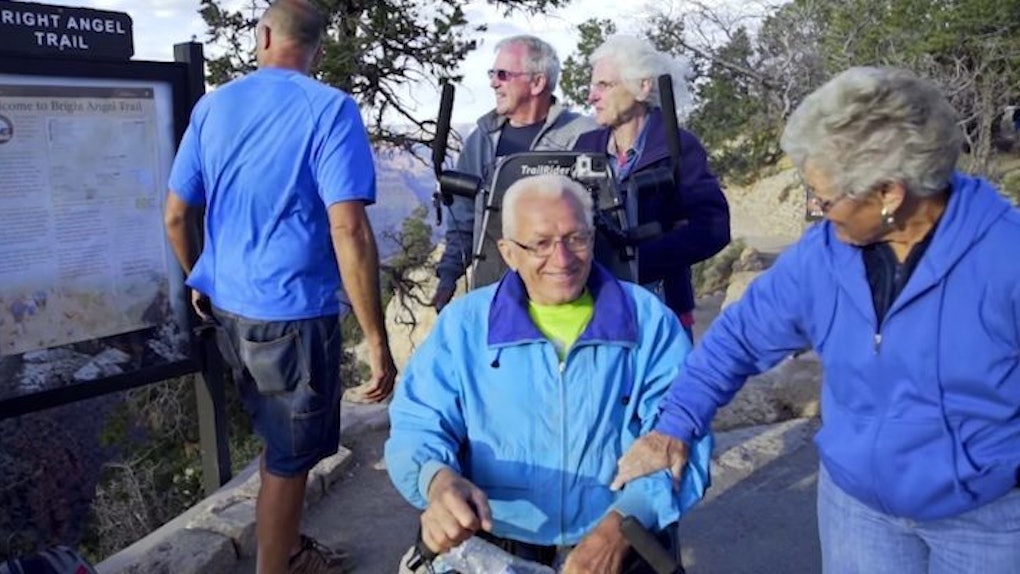 Bob Headings first hiked through the Grand Canyon 10 years ago, and immediately after, knew he wanted to do it again.

One day, however, everything changed: A fall off a ladder left the grandfather paralyzed, unable to hike ever again -- or so he thought.

A decade after that first hike, Headings returned to the Canyon, using a wheelchair for mobility.

Headings' three sons and eight grandsons helped guide him through the rocky terrain, through which they traveled an impressive 17 miles, covering a 4,000 foot change in elevation.

The family's incredible journey -- from the four-month training period to the hike itself -- was filmed by documentarian John Honaker, and made into a video for YouTube.

It's basically another step showing people they can do anything even with the greatest obstacles.

Roger Headings, Bob's youngest son, is proud of his father and sees him as a source of inspiration for his entire family,

When they say they can't do something, we tell them, 'Call grandpa and see what he says about can't.'

The five-and-a-half minute long video, titled “I Can't Believe We Just Did That,” tells a powerful story of strength, perseverance and family -- and it'll move you to tears.

Check it out, below.