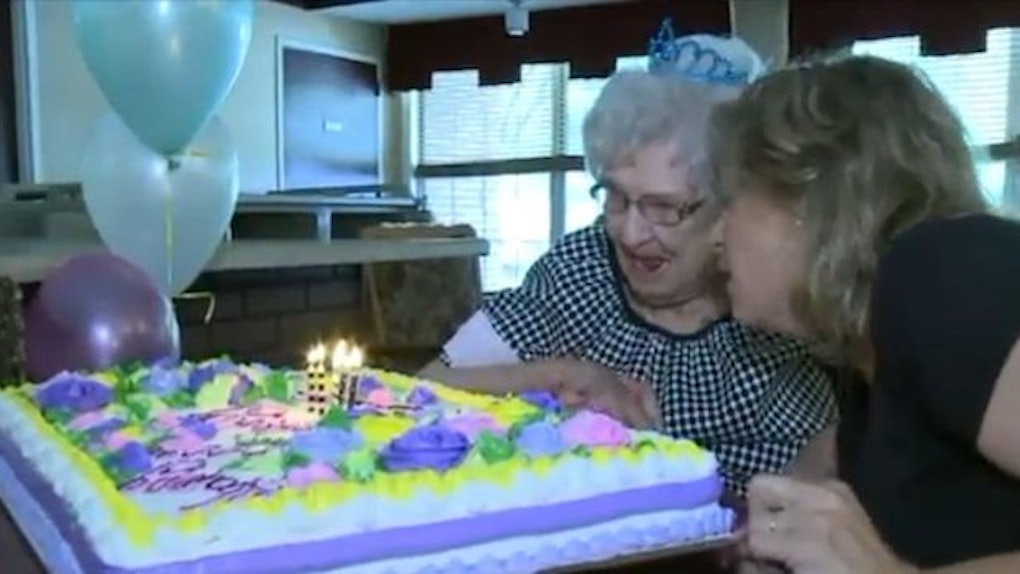 Exercising and eating right are time-tested practices that are essential for living a long, healthy life.

But according to one centenarian, the key to longevity is one most would never expect: boozin' on the reg.

Can we get an amen?

During her milestone 100th birthday celebration, Pennsylvania-based Pauline Spagnola confessed her secret for living a long life is alcohol.

Strangely enough, Spagnola isn't the first to credit booze for her long life. Back in 2013, a 101-year-old Staten Island woman insisted the same, claiming she drank two glasses of wine, a glass of Southern Comfort and one beer each day.

Then again, everyone has his or her own method. Scotland's oldest woman, Jessie Gallan, hilariously announced her secret to living long was avoiding men while one 116-year-old Japanese woman said sushi was her Fountain of Youth.

So perhaps the secret to hitting the triple digits isn't what you do (or drink), it's just doing what makes you happy.

And if that's the case, then Pauline, pass the bottle.