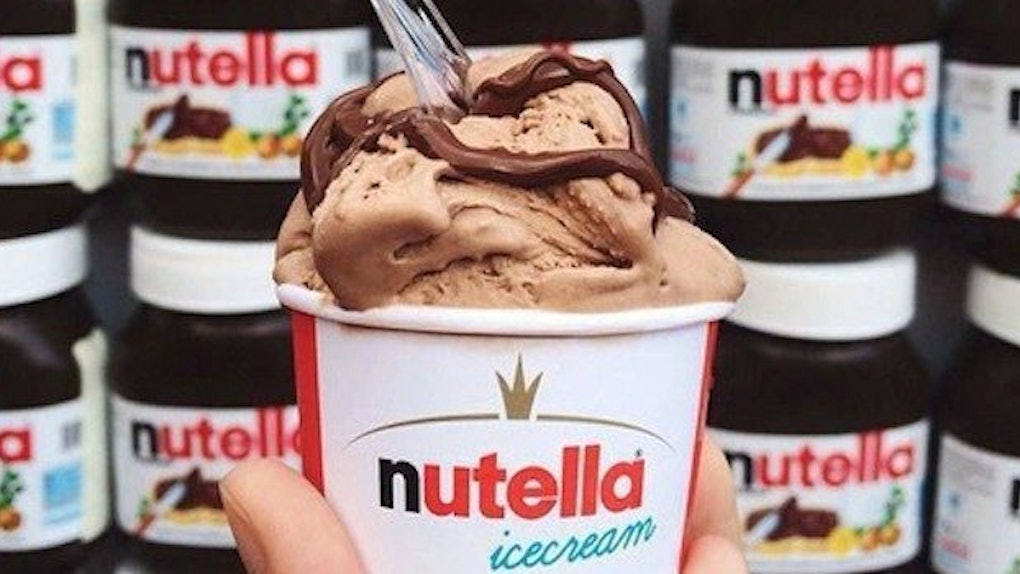 French Minister Says Our Precious Nutella Is Destroying The Environment

The environment is dying, and we all have blood on our hands. Thick, delicious, chocolate-hazelnut-flavored blood.

French ecology minister Ségolène Royal (good luck pronouncing her first name) wants you to know you should be ashamed of yourself.

All those late-night chocolate spread sessions, featuring a jar of Nutella and whatever else you happen to have in your cabinet at the time, aren't just killing your arteries -- they're also killing the environment.

Royal said Ferrero's use of palm oil for its signature chocolate-hazelnut spread is a serious contributor to deforestation.

She claimed, since there is such a demand for Nutella, trees are being replaced by oil palms, and this tree replacement causes serious damage to the ecosystem.

The comments were made during an interview with French TV network Canal+ and were followed up with a plea to Ferrero to consider using different ingredients in Nutella.

Italian government officials were quick to jump on #TeamNutella and call Royal's comments out of line.

Italy's Minister of Environment Gian Luca Galletti, whom -- based on these comments alone -- I am in love with, was quoted saying Royal shouldn't worry about Italian business. Then, in a concluding statement, Galletti quipped,

For dinner tonight… it's bread with Nutella.

French officials don't seem to share Italy's love for that sweet brown spread. In 2012, the French government tried to put a 300 percent tax on palm oil, saying it was too fattening and bad for the environment.

The tax proposal was shot down, but officials got a small victory two years later when they successfully passed a rule banning parents from naming their children “Nutella.” That's a win against Nutella, right? Kind of?

Ségolène since apologized for the comments through her Twitter, saying,

A thousand apologies for the controversy over the #Nutella. Only to show progress.

So, next time you want to feast on a heaping load of peanut butter's cooler and hotter older sister, you may want to think twice. Because (cue Sarah Mclachlan) don't we owe it to the children?