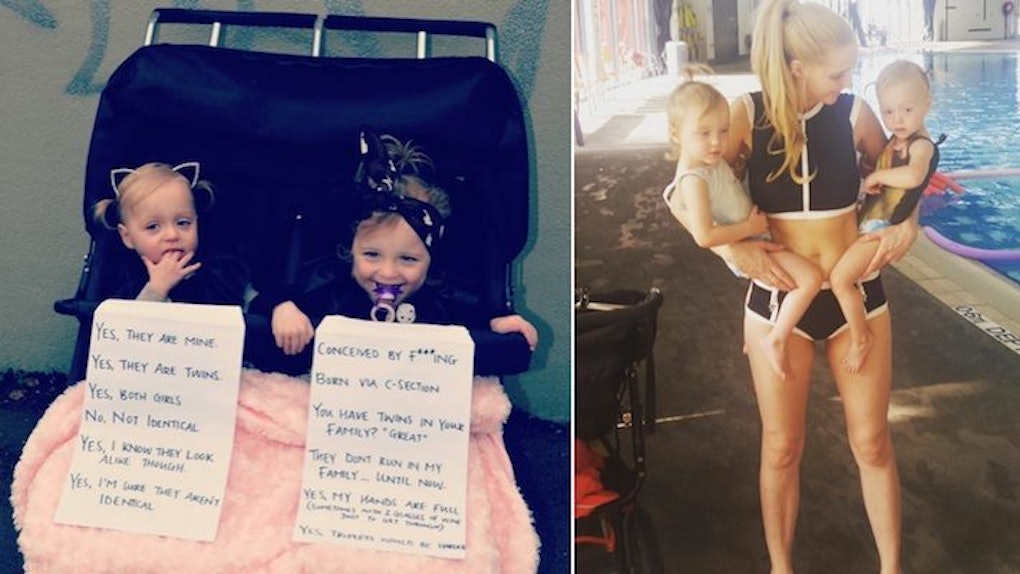 Mom Perfectly Responds To The Same Annoying Questions About Her Twins

Yes, this mom knows she has twins. Stop asking.

Annie Nolan is really tired of people asking her questions about her twin daughters, so she put a sign on their stroller to warn strangers to think twice before saying,

Are they your twins?

The all-too-true, all-too-funny sign -- meant to be a joke among Annie and her friends -- struck a chord in the online mommy community and went viral.

I REALLY wanted to leave these signs on the pram today. As a twin mum, you get asked a series of questions/hear a series of statements EVERYTIME you go out. I know most people are coming from a great place and are just curious however many can be quite intrusive and after a while it's just plain exhausting. And since I was heading into the city, I knew the questions would be coming thick and fast... but I chickened out on the train and took them off! #twinlyfe #twins #twinquestions#doubletrouble #cliches #delphiandcheska#uncannyannie

Nolan, the creator of the blog Uncanny Annie, later posted she thought it was funny her “in-joke” became a viral hit and quipped,

Liam leaves me for 4 days and his kids end up in the British News. Whoops!

Uncanny Annie, pour yourself a third glass of wine tonight. You deserve it.