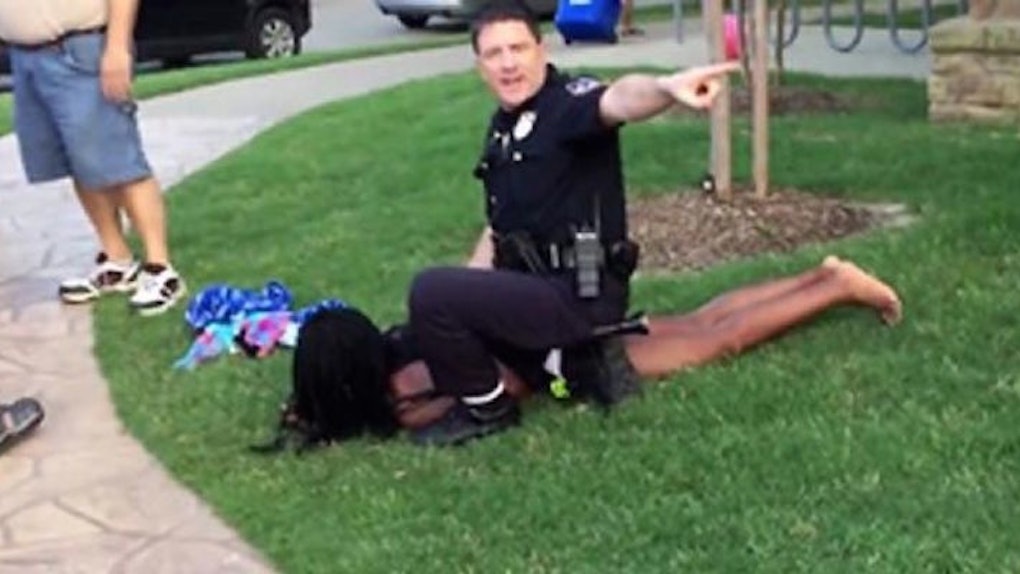 Eric Casebolt, the McKinney, Texas police officer taped throwing a girl to the ground and pointing his gun at teens during a pool party, resigned from the McKinney Police Department.

Casebolt's lawyer told KDFW the decision to leave was voluntarily, and Casebolt would still receive pension and benefits.

The announcement of Casebolt's resignation was made by McKinney Chief of Police Greg Conley during a press conference on Tuesday.

During the conference, Conley also declared the police department stands firmly against the actions Casebolt took during the party.

As the Chief of Police, I want to say to our community that the actions of Casebolt, as seen on the video, of the disturbance at the pool, are indefensible. Our policies, our training, our practice do not support his actions. He came into the call out of control, and as the video shows, was out of control during the incident. I had 12 officers on the scene and 11 of them performed according to their training.

The charges against Adrian Martin, the only person arrested during the party, were dropped.

Casebolt was part of the McKinney Police Department since 2005.

The video, viewed over 10 million times on YouTube, can be seen below.