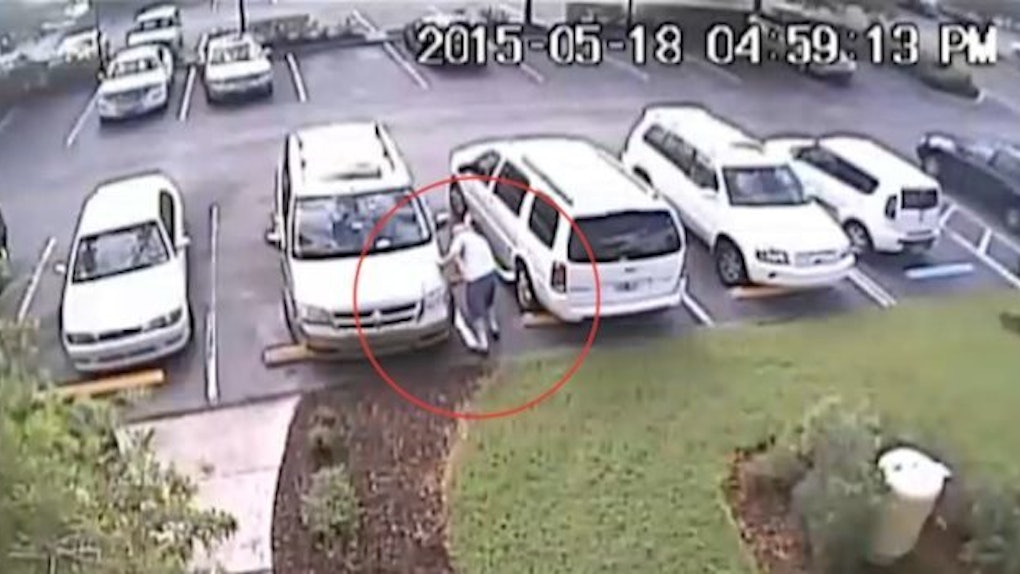 A game of bingo that got a little out of control landed an 82-year-old in jail on charges of criminal mischief after he slashed the tires of a fellow octogenarian's vehicle.

Fred Smith of Lake Wales, Florida was caught on camera ripping into the tires of Ethel Britt's van, reports FOX 13.

He'd reportedly become upset that the 88-year-old had settled into his favorite bingo seat at Lake Ashton Club House. Instead of asking her politely to move, Smith took his revenge.

Britt told media she's not angry, she'd just like to be compensated for the ruined tires that "took every dime [she] had in the bank" to replace.

According to FOX 13, Smith could end up owing the little old lady up to $500.

Police said Smith seemed embarrassed by his "childish-type crime," but he intended to face the consequences of his angry actions.

Bingo in the Floridian senior citizen community is not taken lightly.