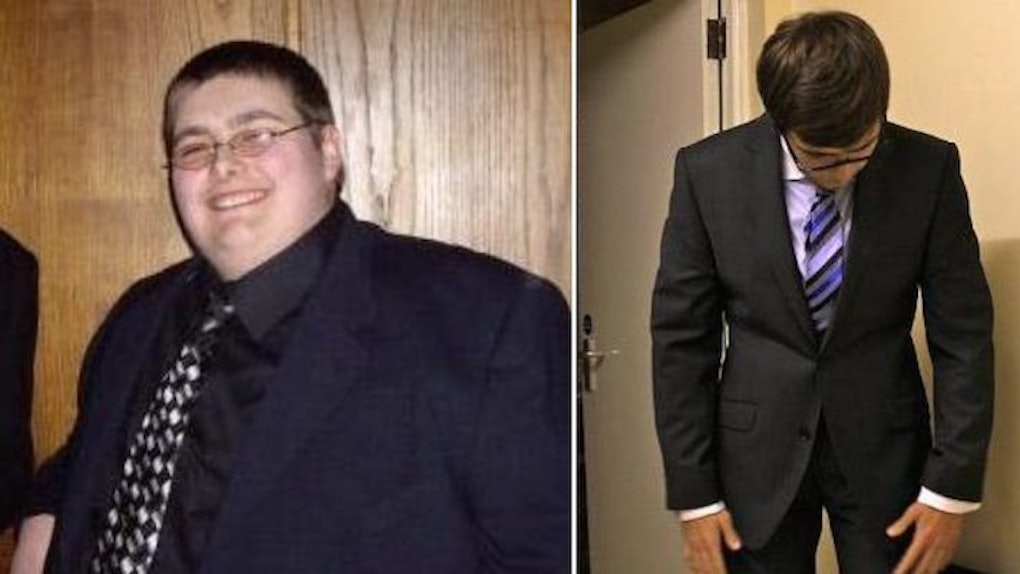 If you saw John Burton, you'd never suspect he was morbidly obese three years ago -- but he was.

Over the course of three years, the 27-year-old dropped an astonishing 260 pounds, and the Manchester native recently shared his amazing story on Reddit.

However, the focus of Burton sharing his story wasn't just to show the actual weight loss; he wanted to show the pounds of loose skin he now has as a result of the weight loss.

Burton neared 420 pounds at his heaviest, and he estimates he has about 20 pounds of extra skin, and most of it is centered around his midsection.

Though still self-conscious of his body, Burton says his goal in sharing the photos was to help others who face similar problems.

He wrote, “The best thing for me is when people say I've helped them. That makes it 110 [percent] worth it, no question.”

Burton doesn't think he wants to get surgery to get rid of the excess skin.

He told BuzzFeed, “I'm just trying to learn to like myself and how I look. These aren't things to be ashamed of, they're battle scars.”

His inspiring post quickly gained a lot of attention, and as of now, it was viewed more than 547,000 times.

Many of the commenters agree Burton's story is one for the books.

And as for Burton, he looks incredible.

Citations: This Guy Decided To Bravely Share A Downside To Weightloss You Might Not Know About (BuzzFeed)