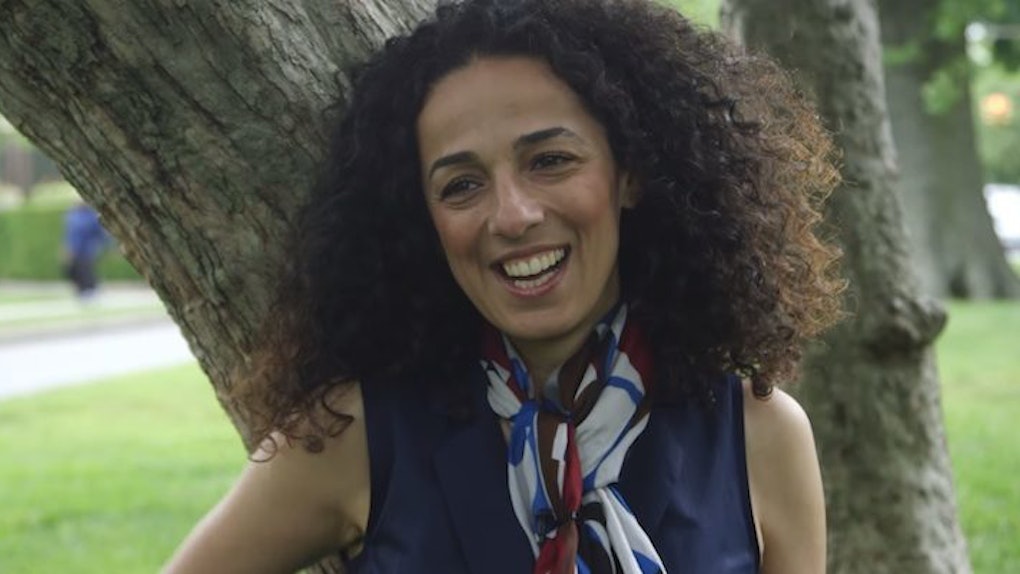 For many Muslim women, wearing a headscarf is a matter of choice to symbolize their faith and culture.

But in some countries, including Iran, donning the hijab is not a choice, it's mandatory. And for many women, this forced expression of religion is not only unfair, it's oppressive.

In fact, last year, over 3.5 million Iranian women were warned, arrested or fined for neglecting to wear the headscarf, and the country's morality police  —  yes, this is a real thing  —  aren't likely to back down on their strict laws anytime soon.

Iranian-born Masih Alinejad, currently a resident of the United States, recently started a revolution against this oppressive regime.

To protest the forcible religious expression, the journalist is rallying for Iranian women to take off their headscarves and show their hair -- an act considered wildly offensive among many strict Muslims.

The reasoning behind Alinejad's protest, she explains, is simple.

Dozens of women have joined Alinejad's liberating movement, and it's made quite a splash in both Western and Islamic media.

Alinejad explains, “Some of the pictures come from young girls saying they just want to feel the wind in their hair. It's a simple demand.”

It's attracted both younger and older women.

Some women are against the religious overtones driving the law.

For other women, it's a matter of freedom  --  the freedom to choose how to live.

Still, others simply want to feel the sun and the rain in their hair.

The photos of newly-liberated women are incredibly empowering.

Not to mention, stunningly beautiful.

Women should have the right to be who they please.

Check out more submissions over at My Stealthy Freedom...

...or submit your own by emailing masih.author@gmail.com.