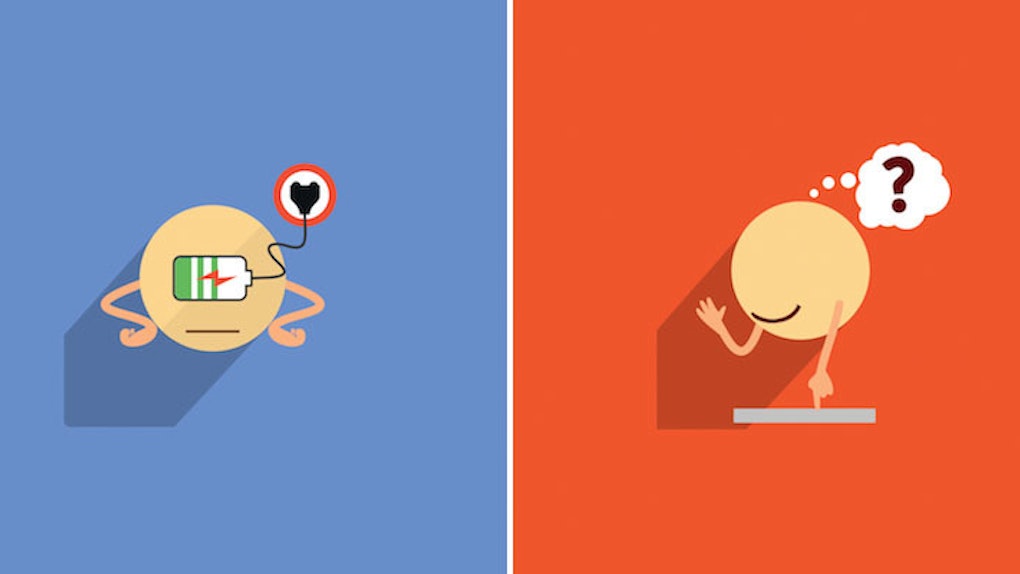 Someone Invented Emoji For Introverts To Better Express Themselves (Photos)

Though the emoji universe is vast, there are plenty of icons that don't exist that should: a taco emoji, for instance, or a middle finger emoji. Nearly everyone has a mental list of emoji they'd want to see made.

For Rebecca Evie Lynch, what the 'moji world lacks most are those that reflect the feelings and needs of an introvert.

After her boyfriend of three years broke up with her because he needed “more time alone,” Lynch was inspired to fill that gap. She created a series of introvert-approved emoji, called “Introji.”

On a since-deactivated Kickstarter page, she wrote,

As an introvert, I've experienced plenty of moments where I feel I lack of a simple way to express a need for aloneness — or conversely, a need for quiet company — in a way that won't be misunderstood. On the other hand, I want to be able to express to others that I understood their need for space, while letting them know that I'd be there when they needed me.

The result: A series of yellow-faced pictograms that do just that.

The eye-less, mostly expressionless emoji are meant to help introverts express their desire for solitude and tend to depict alone-time activities, such as reading and writing.

Currently a prototype, Lynch hopes to launch Introji as an app in the near future. Until then, she'll be fielding suggestions for introvert-themed icons via Facebook.

"Having a Netflix marathon BYE."

"Let's do nothing together."

"Something is seriously bugging me."

And a whole bunch more.