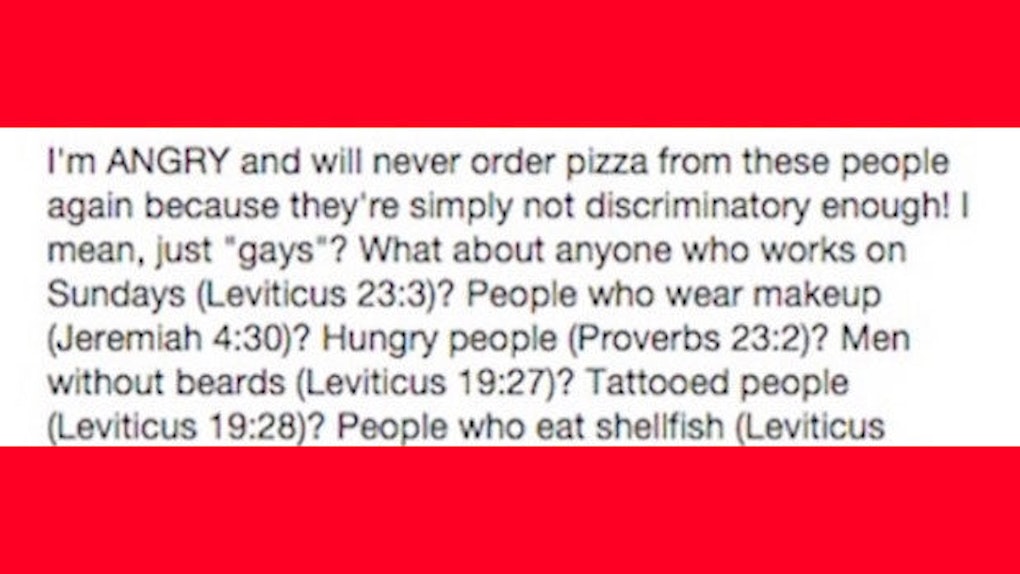 An Indiana small business with conservative views is learning the meaning of "bad PR" firsthand.

CBS New York reports the restaurant's rating is down after reviews poured in criticizing the eatery's policies.

There are photos of men in underwear, quoted biblical verses and insults being flung in the pizzeria's direction.

In an interview with ABC 57, Kevin O'Connor and his daughter, Crystal, explained they don't feel they're discriminating.

In their view, the pizza parlor is exercising religious freedom in line with the state's new Religious Freedom Restoration Act.

Customers and those who saw the now 1.5-star restaurant in the news feel different. In pages of customer reviews, they've made their opinions crystal clear.

"...owners chose to be heterosexual."

"I have an allergy to intolerance..."

"...they're simply not discriminatory enough!"

"...your restaurant will soon be nothing BUT a memory."

"As a pizza loving lesbian..."

"Die in a pizza fire, haters!"