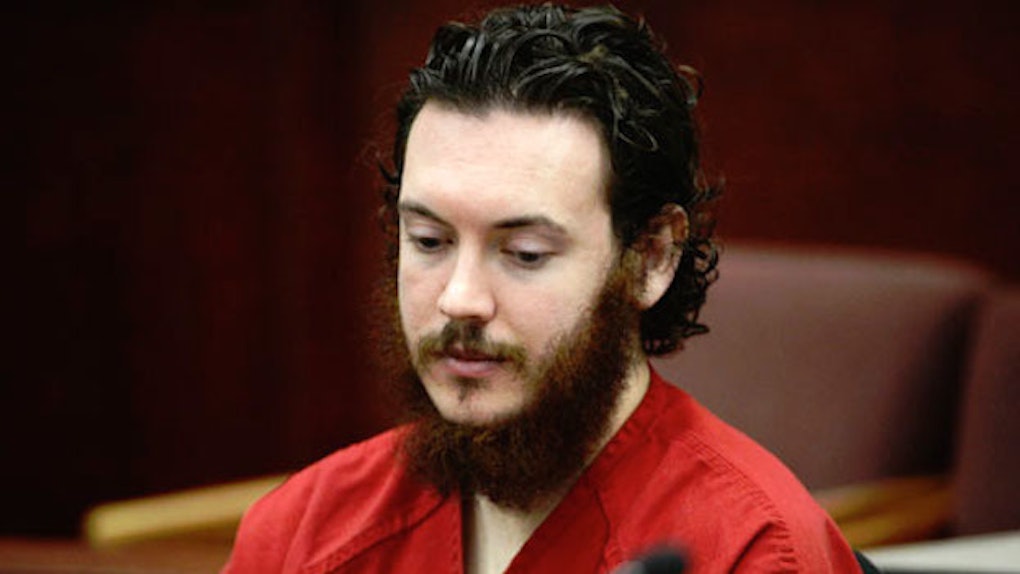 The Aurora shooter purposely hid his plans to commit a mass murder from his therapist to prevent the tragedy from being thwarted.

Dr. Lynne Fenton was the therapist for James Holmes, the shooter who killed 12 people and injured 70 when he opened fire in a Colorado movie theater during a packed midnight showing of "The Dark Knight Rises" in July of 2012.

Holmes revealed to Dr. Fenton he was harboring lethal thoughts at some point during the five sessions they had that year.

But the shooter testified in his trial what he did not tell her was he was already planning his attack.

Holmes also didn't disclose he was in the process of obtaining automatic weapons.

It was only until a few hours before the attack that Holmes mailed Dr. Fenton his journal, which explained what he intended to do and why.

According to The Huffington Post, Holmes said he developed a list of things to say to Dr. Fenton so she wouldn't think he was up to anything dangerous.

He resented Dr. Fenton's treatment, however, because he believed she cared more about prescribing drugs than exploring her patient's mind.

In reference to Dr. Fenton, the shooter told the court-appointed psychiatrist, Dr. William Reid, he "knew it was an artificial relationship because she's being paid."

Dr. Fenton contacted police in June of 2012 when Holmes threatened her in an email.

But when officers asked if they should arrest him and place him on psychiatric hold for 72 hours, Dr. Fenton said "no."

Holmes suggested to Dr. Reid this wasn't the right choice.

He said of Dr. Fenton,

I kind of regret that she didn't lock me up so that everything could have been avoided.

Holmes' defense team is arguing its client, who pleaded not guilty by reason of insanity, was suffering from a psychotic meltdown when he committed the shootings.

But the fact Holmes hid his intentions from Dr. Fenton supports prosecutors' claims the shooter knew what he was doing was wrong and acted on his own free will.

Holmes may face the death penalty if prosecutors can further solidify their case.