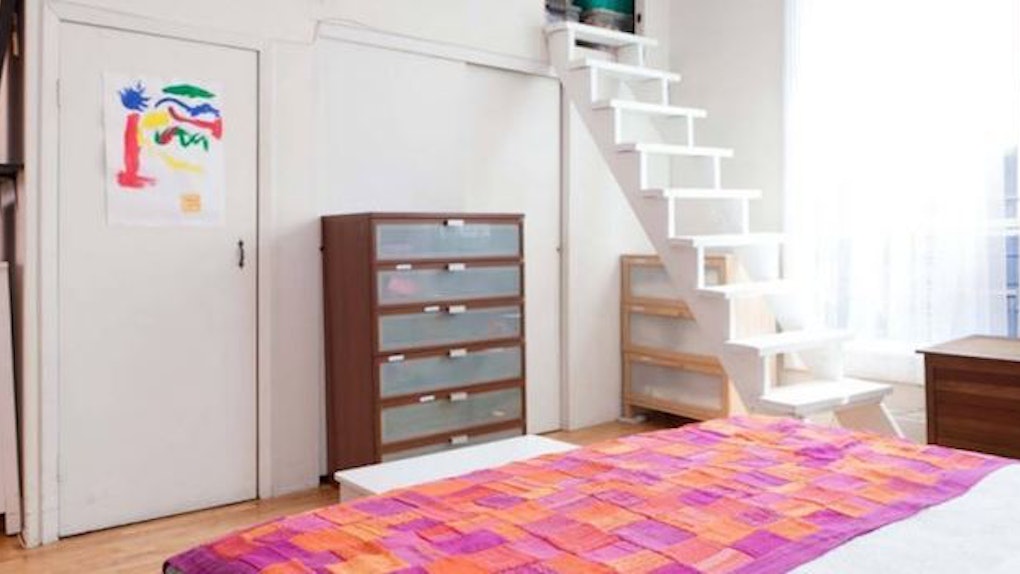 The sneaky tenants of a rent-controlled Tribeca apartment pay next to nothing to live there, but they appear to be making thousands of dollars renting the place out.

According to Commercial Observer, William Terry Krueger and Adrienne Kennedy extended their lease last May for a three bedroom apartment on Duane Street, between Broadway and Church Street.

The five-story building is in an extremely upscale area, but this apartment only cost them $1,093.21 to rent a month.

And that money doesn't seem to be coming out of Krueger and Kennedy's pockets.

The two have allegedly been letting people stay in their apartment from anywhere between $290 and $450 a night since October 2014.

As a result, United American Land, the management company that owns the building, is suing Krueger, who is a senior managing partner of an investment bank, for renting out the rent-stabilized location.

The lawsuit claims, "tourists and other transient visitors" have been staying at the apartment for "stays of less than 30 days."

The listing on Airbnb says the apartment can comfortably fit four people and states renters must stay a minimum of four nights, and the website features at least nine reviews of the apartment.

The plot is reminiscent of the couple who advertised their West 42nd Street apartment on Airbnb for three times the rent and got themselves evicted.

It also breaks a 2010 state law, which makes it illegal for tenants of multi-unit buildings to rent out their places for less than 30 days.

United American Land at some point issued Krueger and Kennedy a notice demanding they leave the apartment by March 10, 2015.

They did not comply.

According to the suit, the management company is now requesting the renters pay up.

It isn't clear if any actions have been taken as of yet, but the apartment is still being advertised online.

Citations: Banker Sued For Renting Out Tribeca Pad by the Night (Commercial Observer )