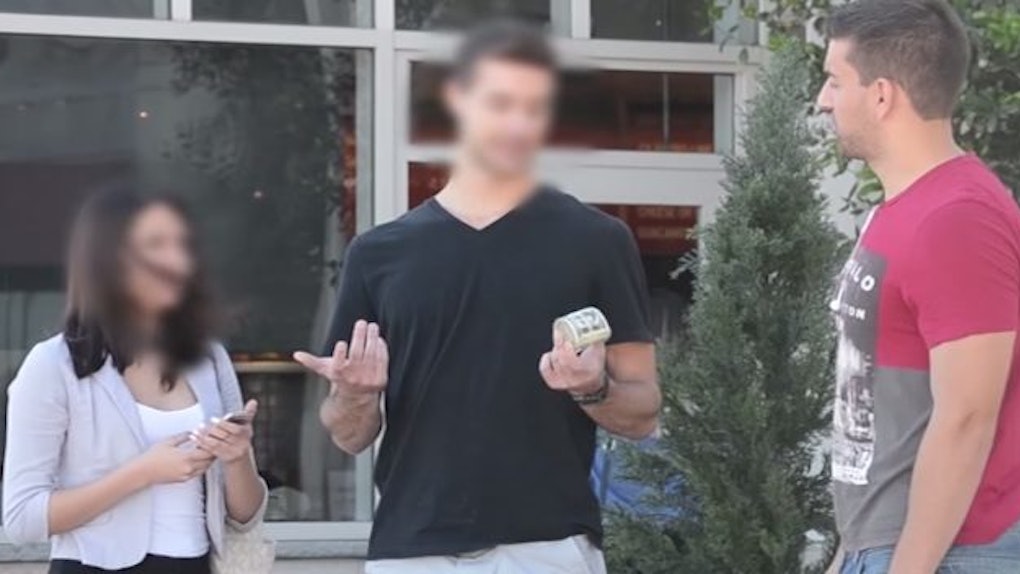 YouTube prankster Joey Salads struck again, and this time, he went down a dangerous road.

In the video, released late last month, Joey approaches a young couple and asks the man if he’d be willing to sell his girlfriend for a night.

Instead of posing the question hypothetically -- as in, “How much would you sell her for?” -- Salads reveals a massive wad of cash, insinuating his inquiry is serious.

The boyfriend considers the proposal, asking Salads what the agreement would entail.

When she protests, saying she won’t have sex with a stranger for money, the boyfriend attempts to convince her otherwise, reminding her the proposed sum is “a lot of money.”

While somewhat funny, the video unintentionally turns the concept of human trafficking from a social issue to a source of amusement.

Women aren’t to be bought and sold for sex, and allowing men to think so is dangerous at best.

This obviously wasn't the goal, but it still rubs me the wrong way. And I sincerely doubt I'm the only one.

See it for yourself up top.