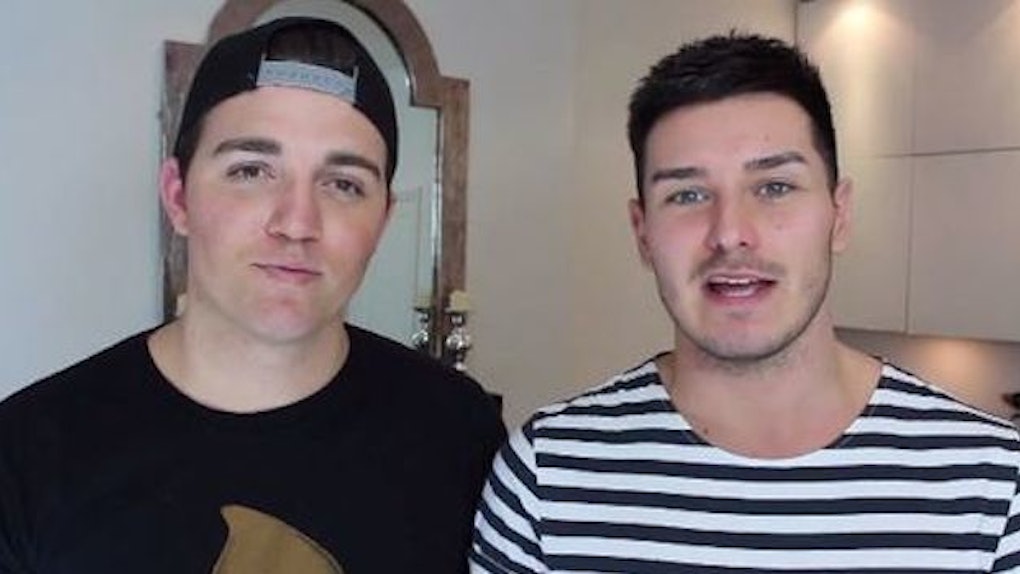 A few days ago, Youtuber Ashley Mardell created a video called “Gay Couples React to Rude, Invasive Questions” in an attempt to enlighten viewers on questions that are acceptable to ask a couple, and on those that cross the line.

For those not intimately familiar with queer culture, it's a lesson in good taste. In the video's description, Ashley cautions: “Use common sense. Think before you ask.”

In the video, same-sex couples detail the most frustrating questions they've been asked about their relationships.

For example, when people ask who is "the man" and who is "the woman" in their relationship, one woman notes,

Also not kosher (although this should be obvious): Asking about a couple's sex life and/or sexual positions.

Almost every couple in the video confirms: “It's none of your business.”

What you wouldn't ask a straight couple should be just as off-limits for same-sex couples.

This video is enlightening and empowering, and no matter who you are or how you identify, you'll learn something. It's close to 10 minutes long, but absolutely worth the watch.