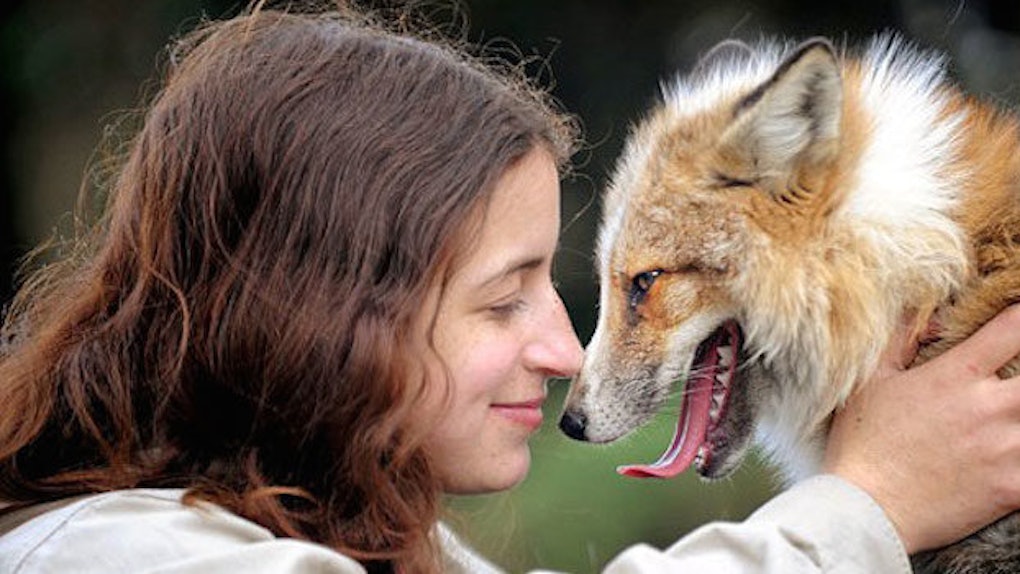 It's understood that babies tend to learn from their surroundings. Of course, all animals have some degree of instinct — hence the whole “nature vs. nurture” debate — but environmental factors are undeniably instrumental in shaping a child's development.

Need proof? Then check this out.

Seven months ago, Staffordshire resident Emma D'Sylva and her partner Steve Johnson rescued a fox cub from a local family who could no longer care for the animal.

Though the pair already cares for close to 40 pets — including skunks, snakes and raccoons — they decided to take the fox in full-time, and raise him alongside their two labradors, Sky and Oakley.

Now, at 11 months old and fully domesticated, Todd the fox thinks he, too, is a dog: The tamed fox wags his tail when he's hungry, plays with his canine pals and even goes for leashed walks with his owners.

In the UK, there are no restrictions on owning wild animals so long as they're treated well and in compliance with the Animal Welfare Act of 2006.

Scroll down for pictures of the canine-like cutie.

Though domesticated, Todd prefers being outdoors.

Owner Emma describes the fox as energetic and playful.

There's no law in the UK against keeping wild animals.

Which is great because Todd is the coolest pet ever.

Citations: Todd the fox who was rescued as a baby cub and thinks he is a dog (Daily Mail), Fox Rescued And Raised By Humans Thinks He Is A Dog (Bored Panda)