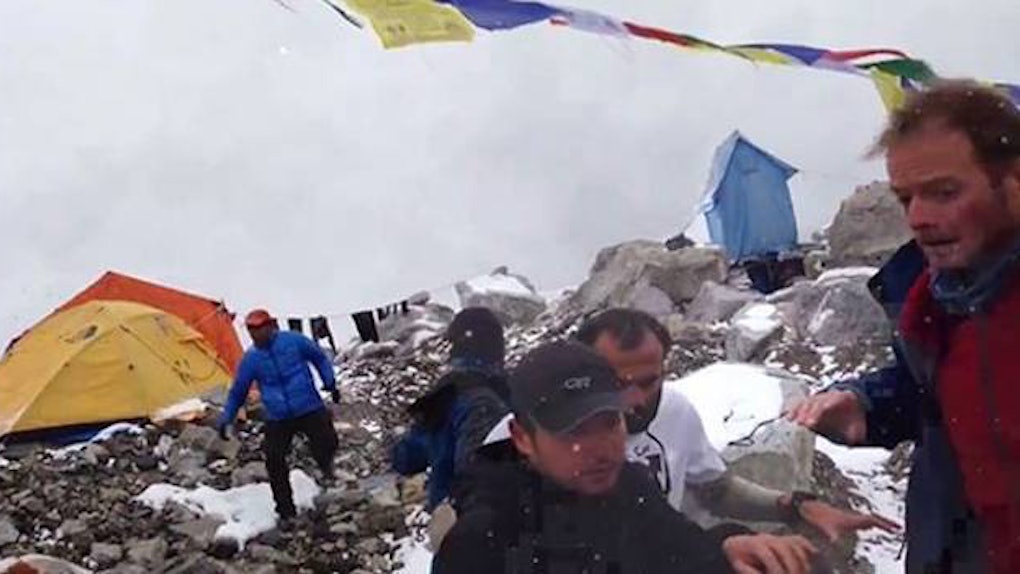 Footage filmed by a mountain climber shows an avalanche hitting a base camp at Mount Everest following Nepal's cataclysmic earthquake.

Germany's Jost Kobusch says at the beginning of the video,

The ground is shaking.

About 20 seconds go by before massive clouds of snow come rushing downward.

Kobusch takes shelter in a tent with a group of people.

They leave the tent about a minute later to find the entire camp covered in snow.

Around 1,000 climbers were at this camp when the avalanche struck, Mashable reports, killing at least 18 people and injuring 61.

The death toll for Saturday's earthquake has reached 3,617 as of this morning, according to the BBC, with another 6,500 injured.

Thousands had their homes destroyed, and dozens of deaths have been reported throughout India, China and other bordering nations.

At least three Americans were killed in the quake, Nepal's most devastating in over 80 years.

Electricity and food are scarce as 14 international medical teams struggle to find safety for the nearly one million children currently vulnerable to serious illness.