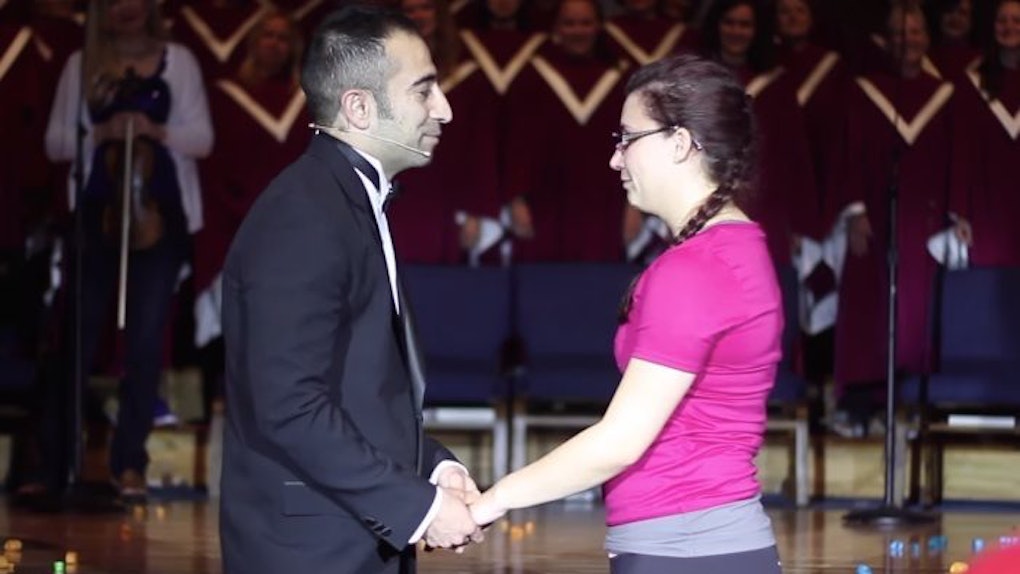 How do you plan on popping the question when the time comes?

One California-based man went above and beyond when his time came!

Tom BetGeorge, a music teacher at Oakland's Conservatory of Vocal and Instrumental Arts, wanted to make the marriage proposal to his girlfriend, Teri, extra special.

Instead of proposing at Disneyland or in the middle of a random shopping mall, BetGeorge decided to orchestrate a massive performance that culminated at the Centerville Presbyterian Church in Fremont, California.

Teri, who enjoys musical theater, was completely blown away as BetGeorge's staged volleyball tournament quickly turned into an elaborate production featuring the sweet lyrics of Bruno Mars' "Marry You."

According to the video's description, the performance featured "100 performers, 69 singers, 18 dancers, 13 instrumentalists, 11 cameras, 7 confetti cannons, 3 sound systems, and 2 choreographers, + 1 girl who's worth it!"

All of those resources made for a pretty awesome flash mob-style performance.

Oh, and in case you were wondering, BetGeorge got the answer he wanted... She said "yes," of course!

Check out the video above for a closer look at this special moment.