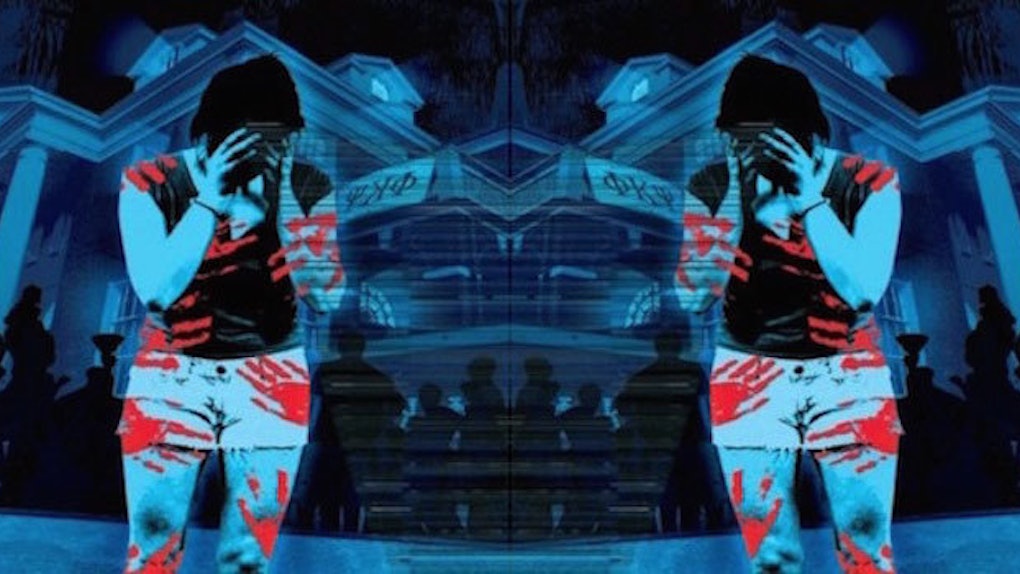 How False Reporting Causes Huge Setbacks For Victims Of Rape

My name is Mel Townsend. I am a survivor of rape and assault.

I was a sophomore at the University of Kansas when I found myself home alone one night in my off-campus home.

Late that night, a still-unknown man broke into my house and proceeded to assault and violently rape me multiple times over a span of almost eight hours.

Based on evidence from my case, we know this man is a serial rapist who raped 12 other women over several years in Manhattan and Lawrence, KS, and he has yet to be apprehended.

As horrific as this experience was for me, I have found ways to cope through different types of therapy and being a vocal advocate for other victims.

With the help of the Kansas Coalition Against Sexual and Domestic Violence, in 2013, we successfully eliminated the statute of limitations on rape cases in the state of Kansas, which was previously five years.

Currently, the number of sexual assault and domestic violence reports are of epidemic proportions in our society.

Because of my personal connection to this issue and recent events in the news regarding falsified stories of rape, I feel the need to express my opinions and feelings on the importance and severity of this issue.

Publishing untrue stories can negatively affect the hard work being put into promoting and developing sexual assault and domestic violence campaigns like “No More.”

As a survivor, it infuriates me that someone potentially falsified the horrifying “Rape on Campus” story because I have lived through rape and been living with the difficulties of coping for almost seven years.

To lie or embellish even a sliver of the truth is gut-wrenchingly disturbing. Falsified or embellished reports are not aiding our efforts, or personal causes. I would never wish such terror, horror or painful evil on anyone, even the worst people in this world.

It is a traumatizing, mortifying, humiliating and life-altering experience. By the grace of God, it was not a paralyzing event, nor have I let it define who I am or who I have become.

Because sexual assault and domestic violence are such prevalent topics, I understand why this dramatic and intense story would cause a large media conglomerate to be eager to quickly report on such news.

However, if the movement to end sexual assault and domestic violence is to be taken seriously, the media must take every available safeguard to ensure they are publishing a story in the most professional and factual way possible.

I fully support campaigns to end sexual assault and domestic violence like the “No More” campaign.

I was one of those people who thought, “This will never happen to me because it only happens in movies or on TV.”

The statistics give me chills, but the even sadder and scarier part is learning why victims don’t come forward.

Fear of disbelief is among the highest reasons, and stories like “Rape on Campus” published in Rolling Stone are fostering that fear and possibly contributing to the discredit of future victims.

I want to make it perfectly clear I am not saying nothing gruesome and traumatic happened to Jackie.

For whatever did occur, I do have deep-rooted feelings of sorrow and empathy for her. I pray she is getting the support she needs, and she has faith in knowing she will be okay again.

Although a part of Jackie will never be the same, she has the power to dictate her life going forward.

The recent epidemic of reported sexual assault and domestic violence is an unattractive, disheartening topic.

While I truly believe awareness of the horrific facts revolving around sexual assault and domestic violence needs to be at the forefront of the conversation, it is equally important to highlight the positives that have come from such negative situations.

To effectively raise awareness about something, do it with facts. Do it with a story that leaves a positive impact on society. Don’t report a story because someone wants the spotlight or to be the face of a movement based on inaccurate information.

One good example is an amazingly necessary article written by Jordan Michael Smith for Mother Jones magazine titled, “These Laws Let Accused Rapists Off the Hook.”

It was factual, well-written and encouraging because it showed lawmakers are willing and able to make vital changes to help survivors and protect future victims.

If nothing else, this article and others similar to it, give hope to victims and survivors that better and brighter days are to come, and they will be okay again, not deter them from coming forward because they fear not being believed or their credibility will be questioned.

My eyes have been opened due to my experiences with such vile wrongdoing, as well as the rate of recurrence of these horrendous acts of violence.

Unfortunately, most stories in the media emphasize all of the negative aspects and violence that occurs.

Although these horrific facts catch people’s attention and increase readership, the focus of this epidemic should be on how we can progressively help raise awareness to end sexual assault and domestic violence.

False stories are setbacks, and ultimately impede our ability to reach the main goal of the movement: end sexual assault and domestic violence.

Moving forward, I hope the media does a better job to represent victims and accurately tell their stories, rather than play fast and loose with facts in stories that look shiny and enticing on the outside, without being sure of the truth.