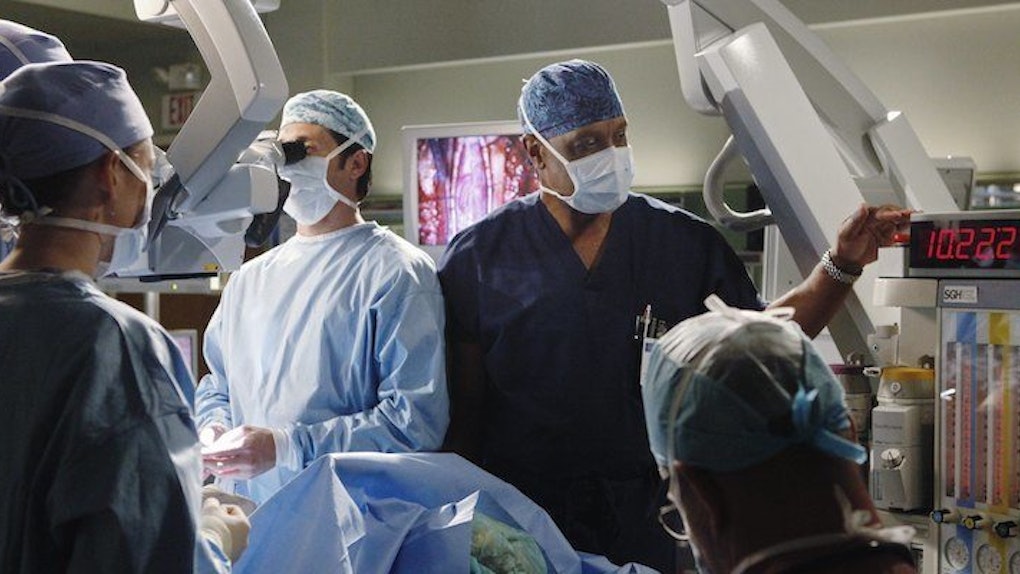 WTF? Some Doctors Are Taking Selfies With Women's Vaginas During Birth

As beautiful as giving birth is, it's also really disgusting.

And that's why I'm really confused as to why anyone who isn't the baby's parent would want a picture of a woman while she's giving birth.

Worst doctor/person ever Daniel Sanchez is a Venezuelan student obstetrician who reportedly recently Instagrammed a photo in which he posed with a half-naked woman while she was in the crowning stage and had another doctor examining her.

To make this whole thing even more disgusting, the first part of the caption allegedly reads,

Lady I can deliver your baby but first let me take a selfie.

In case you couldn't tell this guy is a total tool, he supposedly continued to write he brings "kids into the world and reconstructs pussies.”

Apparently, he even claims when he's done with his patients, he can make them “brand new, like a car with zero kilometers on the clock.”

While the post received 31 likes from some of his followers, over 4,000 people joined a petition in hopes Sanchez would get punished for his outrageous actions.

The woman who created the petition, Jesusa Ricoy, had an email exchange with Sanchez where he reportedly apologized for the photo but told her it's all good because “you cannot see [the woman's] genitals or her face.”

He further justified his actions by claiming patients request his services by saying, “Doctor hagame el tacto usted que es mas delicado,” which translates to, "Doctor you touch me because you are more gentle.”

I've never given birth, but no matter how sensitive my doctor claimed to be, I would never want him or her to take a picture of my vagina when it's most vulnerable, especially when I have no idea it's going on.

Jesusa Ricoy is a representative from The Roses Revolution, an organization dedicated to bringing awareness to obstetric violence.

Unfortunately, women have been similarly exploited in the past. In fact, Venezuela is the first country to recognize the term “obstetric violence” and the impact it has on women around the country.

Although the legal recognition of this term sets a good precedent for other countries, women are still wildly mistreated in Venezuelan hospitals.