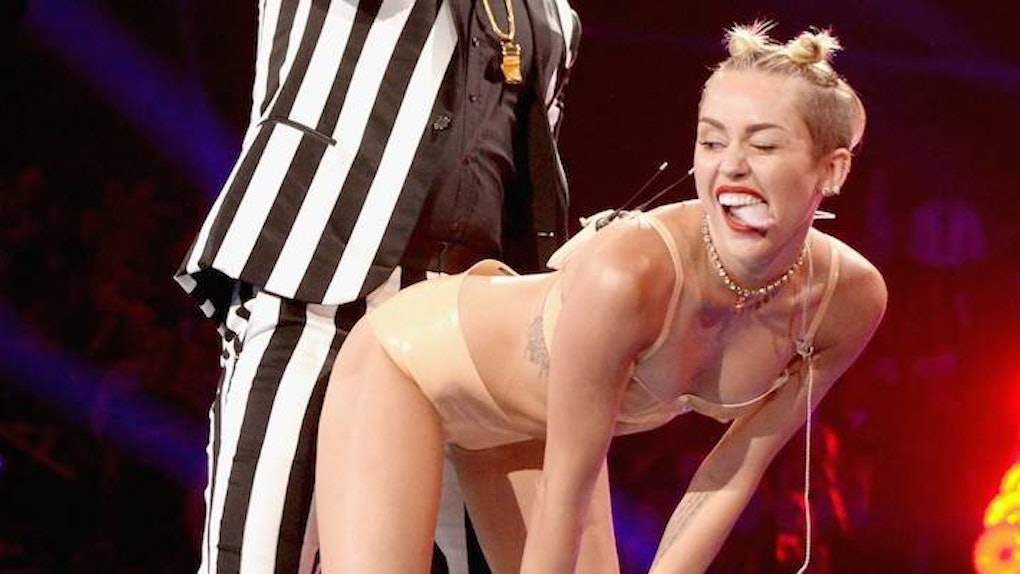 Say What? Dictionary Editors Say Twerking Has Been Around Since 1820

According to the Oxford English Dictionary, twerk goes as far back as the year 1820 when it was spelled "twirk" and used a noun meaning a “twisting or jerking movement.”

The word finally emerged as a verb in 1848, and by 1901, the spelling changed from twirk to twerk, bringing it even closer to Miley's definition.

We are confident that it is the same origins as the dance. There has been constant use up into the present day to mean that same thing.

However, twerk as every Millennial knows it, will be one of the 500 new words added to the dictionary this year.

It is defined as,

Seems pretty accurate to me.