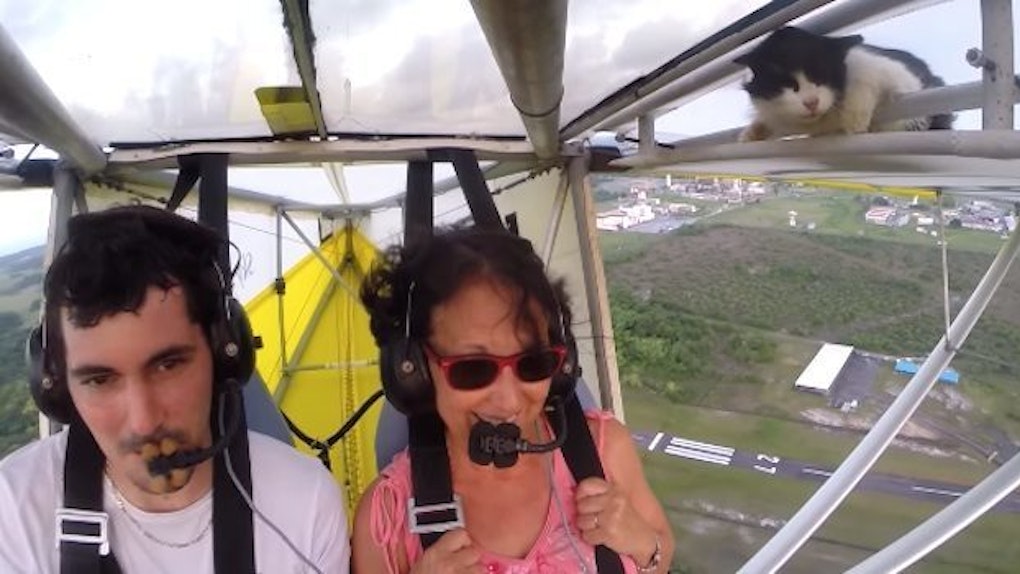 This cat will nap when it's dead.

A cat in French Guiana decided it was no longer meant to spend its days at sea level, hopped on a flying machine and scared the crap out of some glider riders several hundred feet in the air.

Eventually, the pilot saw the stowaway but became super confused as how to address the situation.

He even made subtle “don't you try anything up here, brah” eye contact with the cat for about a minute before the passenger found out.

The feline Howard Hughes, who has got to be the most nonchalant cat of all time, remained abnormally calm throughout the flight.

This cat is clearly meant for the skies and even put up a fight when the pilot tried to get it off the glider.

Someone on the Internet needs to remake "The Aviator" with this cat as Leonardo DiCaprio. Thank you.