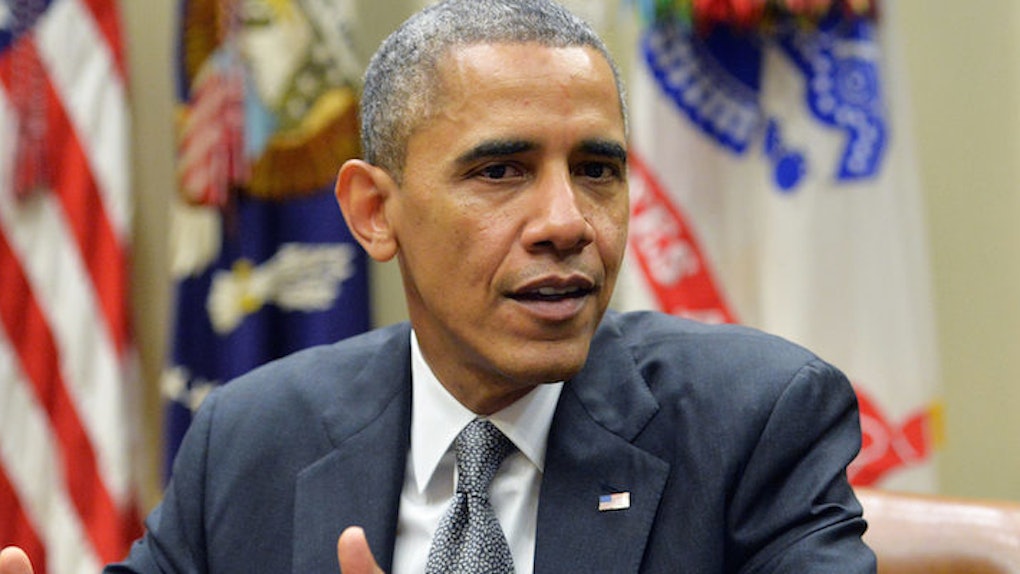 What Can We Do About America's Gun Problem?

Another day, another shooting. We hardly even bat an eyelash anymore.

We hope it doesn’t happen to us or anyone we love, but, barring that, it doesn’t even shock us anymore.

It’s a cycle; every month or couple of months, a devastating mass shooting occurs and we're overwhelmed by sadness and disgust.

We read the articles about the monster who did it and participate in online comment sections and post status updates pleading, “When does it end?”

Then, after 10 days or so, we go back to living our lives and forget the tragedy even happened.

But, for the families of the victims, their days don’t continue like that anymore.

They are now living a changed life, one without their loved one in the picture.

In a matter of seconds, someone they care about was murdered in cold blood.

Just imagining being in that position is devastating.

And, if we choose to empathize with those people, we can continue to be devastated about it for longer lengths of time, but we don’t want to have to do anything about it.

We feel helpless because we don’t know where the root of the problem is or how it can be helped.

People who commit mass murders are deeply troubled in some way, but that kind of hate cannot be fixed by the government or anyone outside of their inner circles.

The most recent mass shooting that occurred in Charleston, SC, by 21-year-old Dylann Roof was, based on the evidence building against him, racially motivated.

Elliot Rodgers, the 22-year-old who killed six people last year, wrote a manifesto about how he hated women and their dismissal of him before going on his deadly shooting spree. Adam Lanza had a history of mental illness.

Cho Seung-Hui, the Virginia Tech killer, made a video spewing hate for many of his peers, especially those who were wealthy.

While all of these shootings, and the many more that have happened in America, have been carried out for vastly different reasons, one common denominator remains fixed: guns.

Every mass shooting is carried out using guns.

And that is something the government can control if it so chooses.

There are other weapons that can harm and could have been used by these mass murderers, but all of the shooters chose guns. Why? Because they can wipe out a lot of people in a short amount of time.

Bigger magazines! Easier to use!

A guy walking into a movie theater with a stockpile of weapons he gathered online over mere months and shooting a bunch of people is not reason enough for anyone to wake up and say, “Hmm, maybe we should close some loopholes?” Nope.

The more money the NRA and gun companies make, the happier they are, obviously. It’s a business.

If a company's guns are used in a shooting, it’s not its fault or its problem. To them, it’s the hand who holds the gun who is solely at fault.

But, it’s as if the guns themselves have no place in the conversation.

Don’t make them harder to purchase or you will be infringing on our freedom-loving, Second Amendment rights and their rights to make an exorbitant amount of money -- at whatever cost.

Why hasn’t the government become hip to this yet?

Why have we done nothing? Because the NRA has the government by the balls. Everything is motivated by money and fear when it comes to guns.

Nobody wants to stand up to the powers that be, out of fear and because of money.

So while innocent people continue to die, no changes of any sort will be made to make the purchasing of guns any harder.

If 20-, 6- and 7-year-olds being murdered in their classroom can’t motivate them to do anything, nothing will.

Universal background checks couldn’t even pass through Congress, as if that is some sort of infringement on our rights as Americans.

As if having, let’s say, a 30-day waiting period or requiring training, registration and permits on all gun purchases would harm us in any way.

There is a chance it could prevent a shooting from happening, but if it affects the general law-abiding citizen, then just go ahead and throw that idea out the window. Because, you know, freedom.

For some reason, gun lovers fear after every shooting that the government is somehow going to knock down their doors, steal their arsenal of guns and they will be left naked and vulnerable without feeling protected.

Don’t worry, everyone; if the government can’t even enact universal background checks, I think your precious guns are safe.

Other similar, first-world countries are not experiencing our same gun troubles. And they, no doubt, feel very befuddled about our lax gun laws.

Australians are probably especially confused because after a mass shooting they experienced in 1996, they changed their gun laws and haven’t had a mass shooting since. It’s not rocket science.

Why aren’t we doing what they did?

An Australian comedian by the name of Jim Jefferies effectively and articulately explains how dumb our gun laws actually are in a hilarious stand-up routine.

I think it’s a very important video every American should watch. Someone wasn’t afraid to call us out on our bullsh*t.

There are people and gun control groups who are trying to make changes, but I fear it will take someone at the highest level of government to finally wake up and rally others before anything will happen.

Bill Clinton was able to pass an assault weapons ban in 1994 after Columbine, but it’s going to take more than that.

Gun lovers look to retaliate to any form of gun control with the reply, “It’s not going to stop the massacres from happening.” But, how do they even know?

We’ve never tried anything aggressive. My hope is we can at least try to do something.

We sure as sh*t shouldn’t do nothing because doing nothing yields zero results.

We can throw our hands up in the air and cry, “Again?!” and act surprised, or we can try to do something and then do more.

And, if it happens again, we can at least be legitimately surprised it’s still happening.

We have to do better, bottom line.