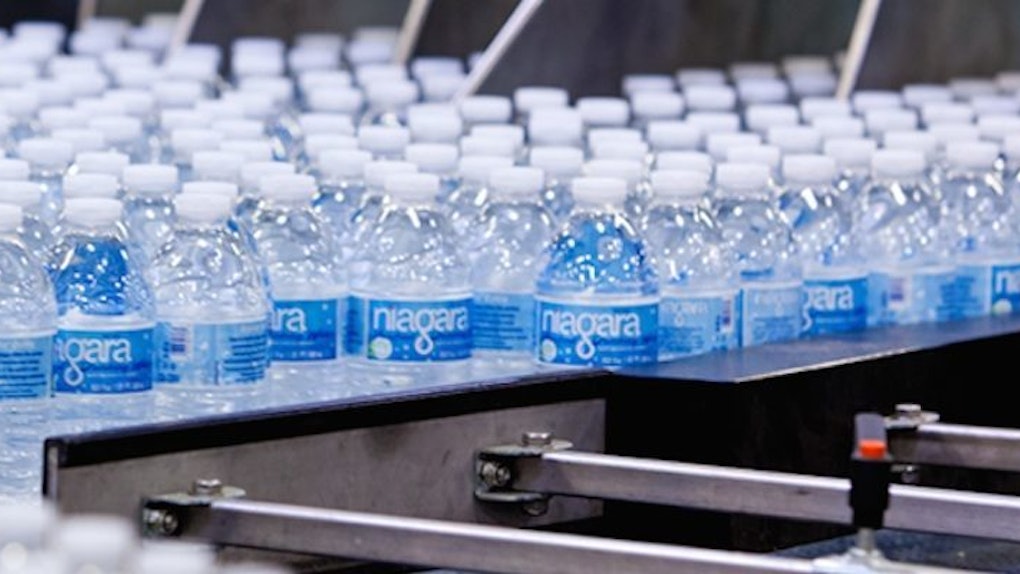 14 Brands Of Bottled Water Are Being Recalled Due To Risk Of E. Coli

A contaminated water source prompted a bottling company to recall several bottled water brands sold at over a dozen supermarket chains throughout the northeast.

According to USA Today, the bacteria known as E. coli was discovered on June 10 at Far Away Springs, a water provider of Niagara Bottling.

The contamination may have been caused by human or animal waste, ABC News reports.

Niagara is therefore voluntarily recalling the bottles of water produced at its facilities in Hamburg, Pennsylvania and Allentown, Pennsylvania between 3 am on June 10 and 8 pm on June 18.

Company spokesman Stan Bratskeir told USA Today no E. coli has been found in any Niagara products as of yet, and no one has taken ill from its water.

Shaw's, ACME Markets and Wegmans carry the water and have since stopped selling the potentially affected products.

Bratskeir says the recalled water amounts to less than 3 percent of the water produced by Niagara during the aforementioned period.

He added the majority of these bottles hadn't become available for purchase yet.

The overwhelming likelihood is that all the bottled water is fine. The water we got from that source was clean. We test it all.

Niagara also disinfects its water, he said, making it impossible for bacteria like E. coli -- which causes nausea, diarrhea, abdominal cramping and vomiting -- to find its way into products.

The bottles made at the two Pennsylvania facilities contain codes that begin with F (for Hamburg) or A (for Allentown).

This letter is followed by the bottle's production number, two numbers that stand for the day the bottle was produced, three letters representing the month of production and a series of numbers indicating the year and time.

Customers are advised to either avoid drinking the water or boil it for one minute before consumption.

Niagara said it is no longer using the water source where the contamination was found because it did not inform them as soon as it should have.