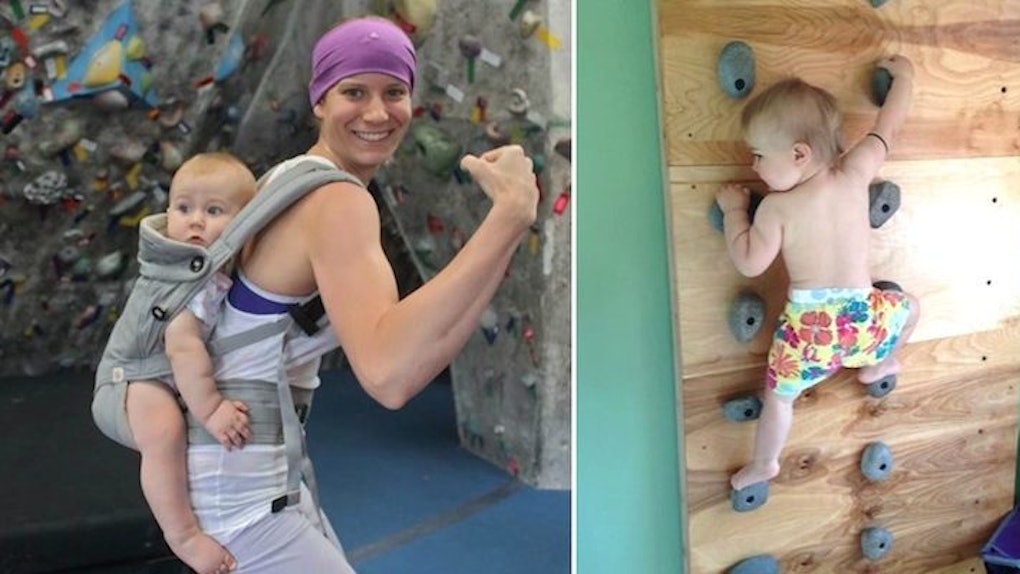 It's like an adorable version of “127 Hours,” but without that whole “James Franco needing to saw off his arm” thing.

Ellie Farmer may only be 20 months old, but this pint-sized rock wall aficionado already made a name for herself as a baby who can shred some serious rock -- is that a rock climbing term?

No? Well, it means she climbs stuff.

The Internet is freaking out over this baby who can climb rock walls.

It turns out Ellie is already pretty genetically predisposed to being a rock climbing champ.

Her parents are competitive climbers, and Ellie's mother, Rachael, told NBC News she didn't stop climbing until three days before Ellie was born.

According to The Little Zen Monkey, a Facebook page Ellie's parents set up, Ellie has been climbing since before she could walk.

They also emphasized Ellie is never in danger as they limit how high she can go up, and there is always a spotter watching her climb.

Ropes? Yes, we'll get her on ropes as soon as she is tall enough and heavy enough to safely fit into a harness and scale the walls higher than 7 feet. As for now, we're taking baby steps and enjoying every moment along the way.

I'm a big fan of this baby.

Citations: This Incredible Toddler Could Rock Climb Before She Could Walk (BuzzFeed)