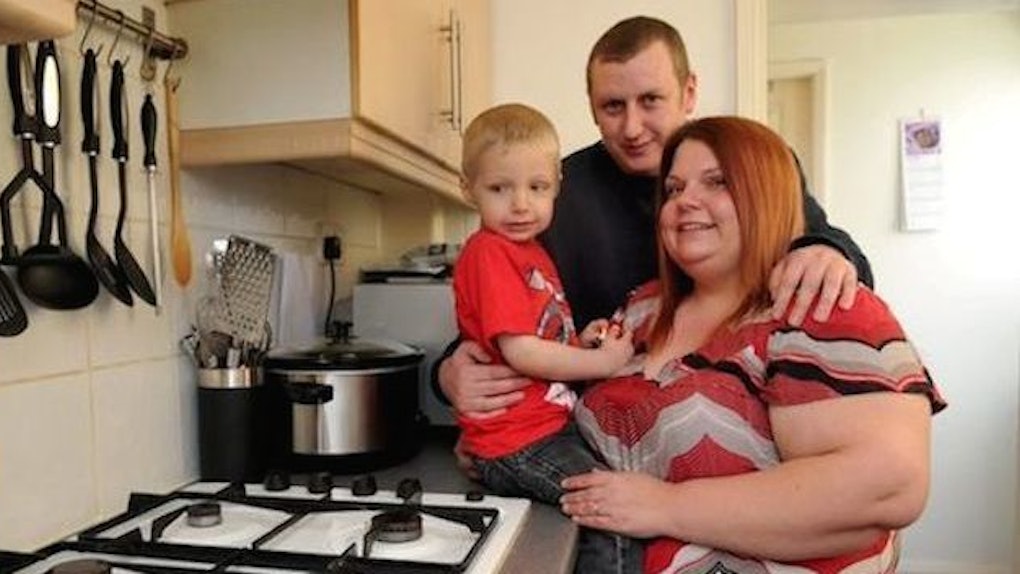 Taylor Myatt can't speak, but he can tug, pull and point his parents to guide them out of harm's way.

The 4-year-old English boy from Stoke-on-Trent, recently diagnosed with autism, is being credited with saving his parents' lives after their stove began leaking gas.

The Stoke Sentinel reports Taylor's parents, Lee Myatt and Rebecca Coogan, were roused from their sleep last Thursday by their little boy trying to get their attention.

He'd been sick, and Taylor's parents just assumed he wanted to sleep in their bed.

Instead of settling down for the night, however, Taylor refused to let his father settle in bed and tried yanking him toward the stairs.

When Myatt followed the toddler's gestures to the kitchen, he smelled a gas leak and called National Grid around 3 am.

I don't know how [Taylor] knew something was wrong, I guess it was just his instincts. But there's no doubt in my mind that he saved [our] lives.

Coogan told local press her first action every morning is normally to light a candle, and with the gas leak, that could've been fatal.

Instead, a representative from National Grid arrived just in time – and all because of Taylor, who may have smelled the gas because his bedroom door was reportedly left open.