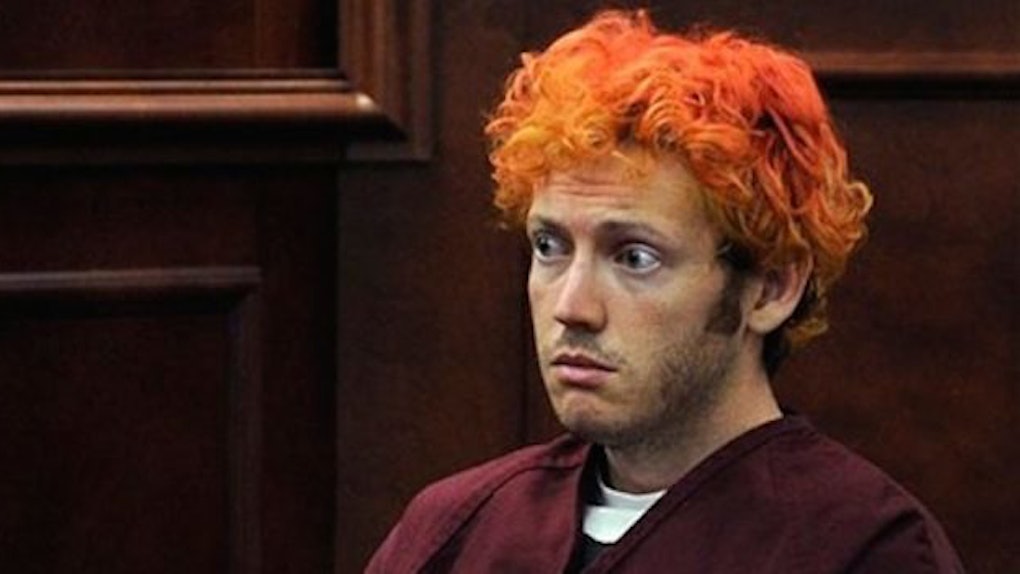 The Aurora shooter told a court-appointed psychiatrist his self-worth increased with every murder he committed.

According to USA TODAY, Dr. William Reid took the witness stand yesterday to discuss recorded interviews he conducted last summer with James Holmes. Holmes is the man who killed 12 people and injured 70 more when he opened fire in a Colorado movie theater during a midnight showing of "The Dark Knight Rises" in July 2012.

In one recording, Holmes told Dr. Reid he absorbed the potential for success in his victims when he killed them, and thus, he became a more valuable human being himself.

Human life has value. If you take lives away, that adds to your value. Anything they would have pursued gets canceled out and given to me.

Holmes, who pleaded not guilty by reason of insanity, also suggested to Dr. Reid the killings put an end to his suicidal thoughts.

The alternative was suicide… doing the homicide got me out of the depression. It gave me a purpose.

More recordings featured Holmes telling Dr. Reid he most likely would have committed the same crime again, but the tragedy may have been prevented if someone intervened when he first voiced the desire to kill.

Holmes' attorneys claim he suffers from schizophrenia and did not fully understand what he was doing when he committed the murders.

Dr. Reid, however, told jurors Holmes is most definitely mentally ill, but he knew what he did was wrong and acted on his own free will.

It still says to me that even within some delusion he would feel better, that's not an equitable trade. He was still aware he was trading people's lives and injuries in order to feel better.

The psychiatrist's case is additionally supported by Holmes' notebook that revealed his detailed plan for the shooting along with an awareness of his own mental state.

Holmes' trial is expected to take about four months.