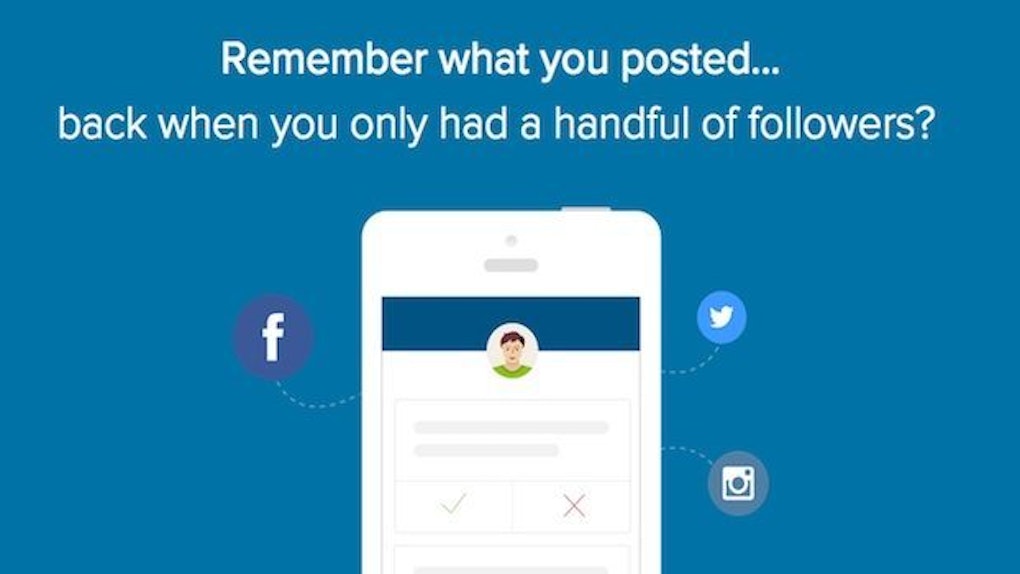 When Ethan Czahor lost out on a dream opportunity with the Jeb Bush campaign because of a history of offensive tweets, he wanted to teach others the lesson he had learned the hard way.

Over the course of the next two months, Czahor devoted his time to creating an app that would scan users' social media history and alert them to potentially damning activity from their past -- the goal being for the user to delete said history before it could be seen by an employer.

The app, now in beta, is called Clear, and it uses an algorithm and word-search function to find potentially offensive or inflammatory posts. It then alerts the user so he or she can delete them.

What happened to Czahor himself “could happen to anyone in the field,” he insists.

Every Millennial is now entering the workforce... and everything that they've said online for the past 10 years is still there, and that's a new thing for this generation.

While Clear uses a series of keywords (such as “black,” “Americans” and “gay”) to nail down potentially inflammatory tweets, Czahor admits “the most challenging part of this is determining which tweets are actually offensive.”

Czahor hopes his app will not only prove useful but also serve as a reminder that what we put online stays there forever.

You as a person exist[s] in a lot of places on the Internet, and I just feel that you have the right to at least know what's out there and to take care of it.

Citations: This App Will Flag Your Offensive Tweets Before Your Future Employer Sees Them (Time)