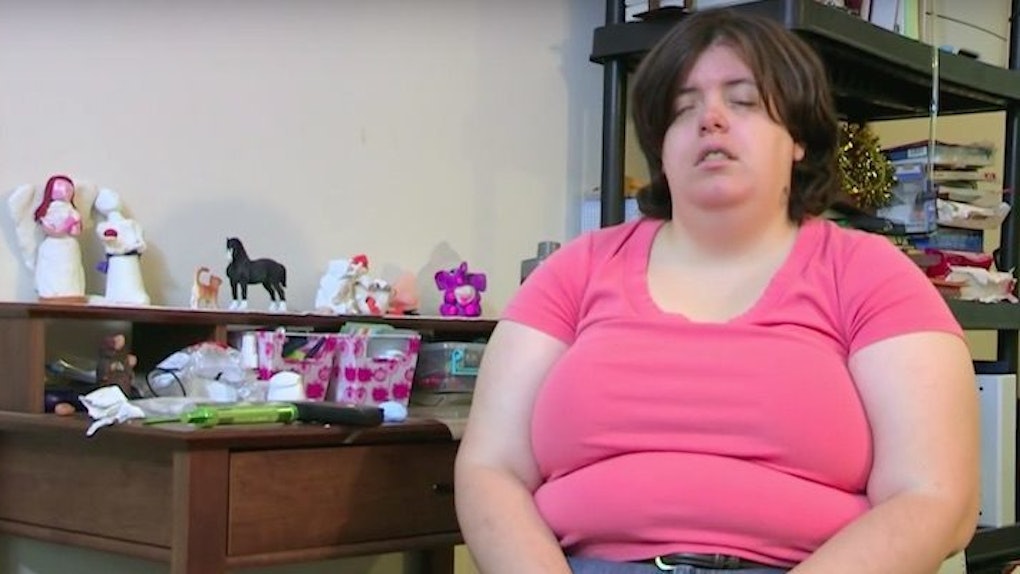 A North Carolina woman had a psychologist pour drain cleaner in her eyes so she could fulfill her lifelong dream of being blind.

According to Daily Mail, 30-year-old Jewel Shuping began exhibiting the desire to be blind when she was just a toddler.

She would walk around her darkened home at night and stare at the sun for hours because her mother told her it was bad for her eyes.

Shuping took to wearing bulky black sunglasses and using a cane when she was a teenager. At 20 years old, she had become fluent in Braille.

I was 'blind-simming', which is pretending to be blind... But [the idea] kept coming up in my head, and by the time I was 21, it was a non-stop alarm that was going off.

Shuping was diagnosed with Body Integrity Identity Disorder (BIID), a psychological condition causing one to believe he or she should be disabled in some way.

Others with the condition purposely injured their legs or jumped off cliffs to paralyze themselves, Shuping said, and they are completely aware of their conditions.

Shuping eventually discovered a psychologist who was up to the task of taking away her sight.

My eyes were screaming. I had some drain cleaner going down my cheek, burning my skin. In the moment, all I could think of was 'I am going blind, it is going to be OK.'

She was furious, however, when she woke up the next day to find her vision remained.

It would be another six months or so before the sense finally left her. One eye was so damaged it had to be removed. The other remains, despite suffering from glaucoma and cataracts.

Shuping said she does not regret using the drain cleaner, even though her parents disowned her when they found out she willingly had it poured in her eyes.

If someone were to say that its fundamentally selfish to blind myself, I would say that it's selfish to refuse treatment to somebody with a disorder. This is not a choice, it's a need based on a disorder of the brain.

But Shuping urged others with BIID to seek help from professionals rather than go to extremes in search of cures.

She is currently working on her education degree and will pursue a career in improving living standards for the blind.

Whether the psychologist who blinded her was charged or investigated remains unknown.

Citations: Woman who dreamed about being blind had DRAIN CLEANER poured in her eyes by a sympathetic psychologist to fulfil her lifelong wish and now shes never been happier (Daily Mail)