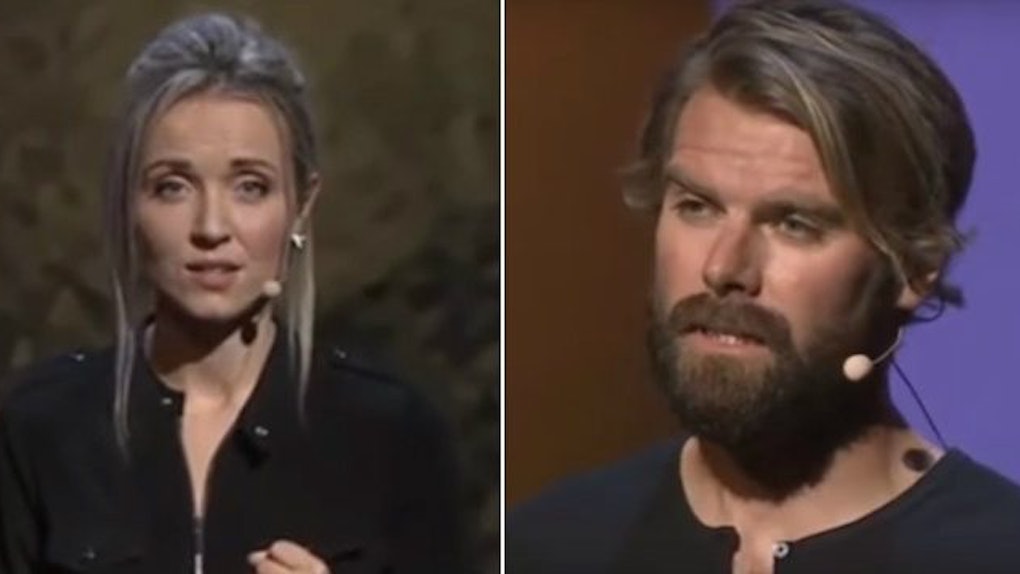 A woman who was raped by her boyfriend when she was a teenager reunited with her rapist on stage during a TED Talk to publicize her harrowing story.

Thordis Elva was raped in 1996 by her then-boyfriend, Tom Stranger, inside her Iceland home after a Christmas ball where she drank rum for the first time.

Stranger, who was 18 years old at the time, took Elva home after the event and proceeded to rape her after putting her to bed.

In a clip from her TED Talk, Elva described the misleading moments leading to the assault, which she called a "fairytale" as her boyfriend stayed with her in the safety of her bed.

However, things took a turn for the worse when he mounted her after taking her clothes off.

Elva described what it was like when her boyfriend began to rape her,

My head had cleared up, but my body was still too weak to fight back, and the pain was blinding. I thought I'd been severed in two.

As a response to Elva's description, Stranger claimed at the time he didn't think what he did to his girlfriend of one month was considered "rape."

I have vague memories of the next day. The after effects of drinking, a certain hollowness that I tried to stifle. Nothing more. But I didn't show up at Thordis's door. It is important to now state that I didn't see my deed for what it was.

Stranger then talked about how he had to convince himself he did nothing wrong, pretending what he did was sex and not rape.

Elva also had trouble accepting the fact that she was raped, but both individuals knew the truth.

Regardless, the duo broke up a couple days later, and Stranger went back home to Australia, living with the guilt of what he'd done.

It wasn't until nine years later that Elva sought justice after writing Stranger a letter.

In the letter, she said she wanted to "find forgiveness" -- whether he deserved it or not -- because she wanted peace.

From that moment forward, the former couple wrote letters back and forth to one another and decided to meet up 16 years after the rape.

Since then, they've co-written a book about the experience called "South of Forgiveness" and have appeared on stage together to publicize their experience to help other sexual assault survivors recognize rape.

Commenting on his experience, Stranger said,

Don't underestimate the power of words. Saying to Thordis that I raped her changed my accord with myself, as well as with her.

Elva, also noting the importance of publicizing the issue of rape, said,

It's about time that we stopped treating sexual violence as a women's issue.

Citations: 'I felt spine-bending guilt': Australian man, 18, who raped a 16-year-old girl during student exchange trip to Iceland reunites with his victim years later... and now they share their story TOGETHER (Daily Mail Australia)