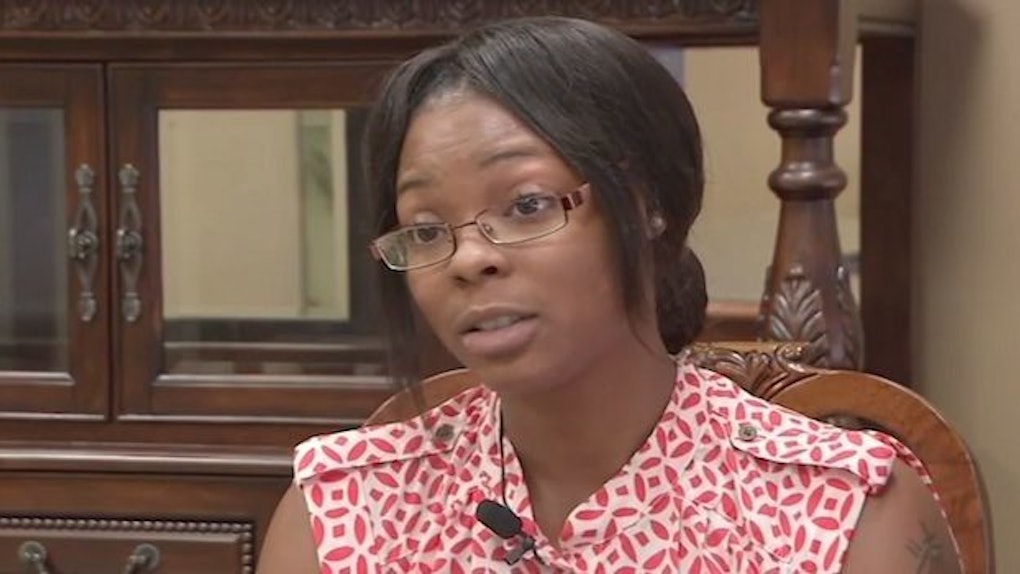 Woman Says Police Searched Her Vagina While Looking For Marijuana

Charnesia Corley, a 21-year-old African American woman, accused sheriff's deputies in Texas of sexually assaulting when they held her down, spread her legs apart and probed her vagina to search for marijuana.

Corley said she was running an errand for her sick mom when she was pulled over near a Texaco gas station because she was accused of running a stop sign.

Believing he smelled marijuana, the male officer in question handcuffed Corley and placed her in his patrol car to search her car. After searching and finding nothing, he called two female deputies for backup -- and that's when everything spiraled.

Corley told Huffington Post they "sexually assaulted, raped [her] and molested [her]."

Sam Cammack, Corley's attorney, said the officers asked Corley to remove her pants, but Corley said she wasn't wearing underwear. The officers reportedly told her that "doesn't matter" and ordered her to bend over anyway.

Corley allegedly resisted, so the officers shoved her to the ground and one female deputy pinned her down while they waited for the second female deputy to arrive.

Then, the two female deputies forcibly spread Corley's legs and stuck their fingers inside of her, right out in the open Texaco parking lot.

[This is] the most serious search you can do under our constitution, and should be done in a sterile environment. You sure can't do it in public by the side of the road. It's unbelievable."

She's been charged with resisting arrest and possession of marijuana after officers allegedly found .02 ounces of marijuana on her person. Corley has no criminal record and plans on filing a complaint to the Internal Affairs Division.