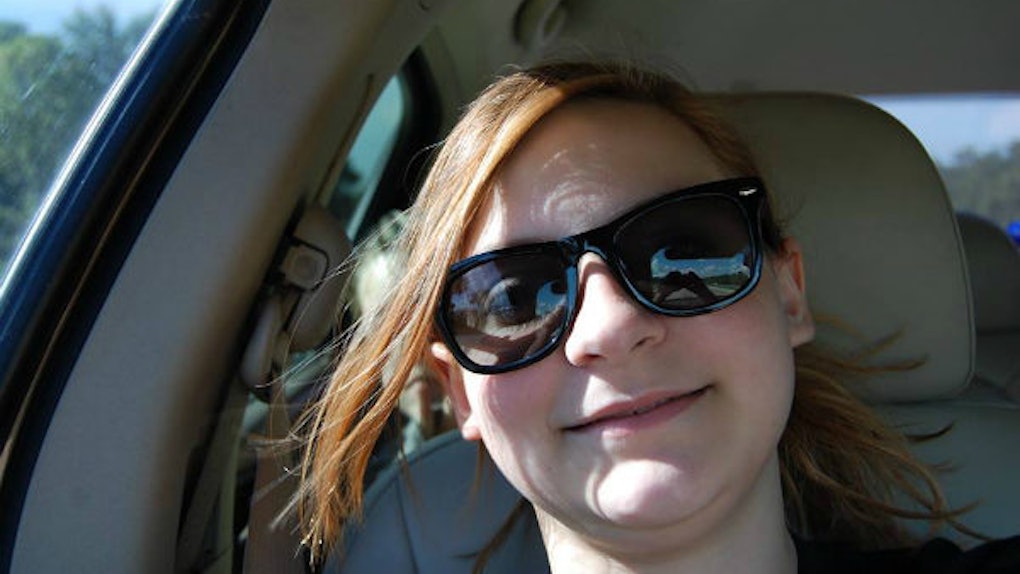 Woman Says 'Ghost' In Daughter's Selfie Tried 'To Warn Her'

Melissa Kurtz, 48, was driving her 13-year-old daughter Harper to a beauty pageant when the teen started to take selfies on the 45-minute trip.

It wasn't until a month later that they realized there was something else in one of those selfies.

Kurtz was looking through the photos when she realized there was a boy, who wasn't in the car when the picture of taken, in the background of one of the snaps.

Harper was not wearing her seatbelt, as is usual for her, and her mother believes the little boy is serving as a warning.

(Also, she's 13 so this woman should just tell her daughter to wear a seatbelt so this ghost boy can move on to the afterlife.)

The mother-of-two swears that there was no one else in the car with them -- so she began to research.

Apparently, the photo was taken on a highway in the Maitland area of Florida, near Orlando, and was the same place where a boy tragically died in a road accident.

The photo was taken in July on the anniversary of his death.

Kurtz believes it is the same child.

One paranormal investigator suggests that the child is reaching out to Harper to warn her to wear a seatbelt.

A number of paranormal investigators, who analyzed the image, were left without explanation.

I think it's very important to the world to see that picture because I know it's genuine and real and we were the only two in the car. So many people have hope for the afterlife and this proves it -- to me anyway. People [who have seen it] have taken comfort in that.

The mother sent the image to Greg Pocha, a director of parapsychology, afterlife and paranormal studies at Eidolon Project Canada.

There, he used an image analysis program, also used by the FBI and CIA, to show the boy has no "temperature," or color, in the photo. He believes it is authentic.

Ghosts such as the boy are prone to remain earthbound when the soul is literally ripped or thrown from the body in an accident. Chances are that he does not know that he has died. And chances are good that he will haunt this part of the highway forever.

To warn may be the purpose, the unfinished business, of this ghost. To warn others how not to meet the same fate as others who have died because seat belt issues. It probably saddens him when he see that.

Kurtz wasn't afraid of the event, as she believes paranormal things have revolved around her daughter for most of her life. She said,

She has a lot of contact with the deceased world through work we do at a cemetery and she is very open to stuff like that. She is not scared of the supernatural or the occult. Harper doesn't see the picture as a big deal at all. She just says, 'Oh, the one with the ghost, what's the big deal?' I tell her how no one can debunk it, but it doesn't really phase her.

Citations: 'He came to warn us to wear seatbelts': Mother thinks ghostly boy sitting in the back of her car was a guardian angel (Daily Mail)