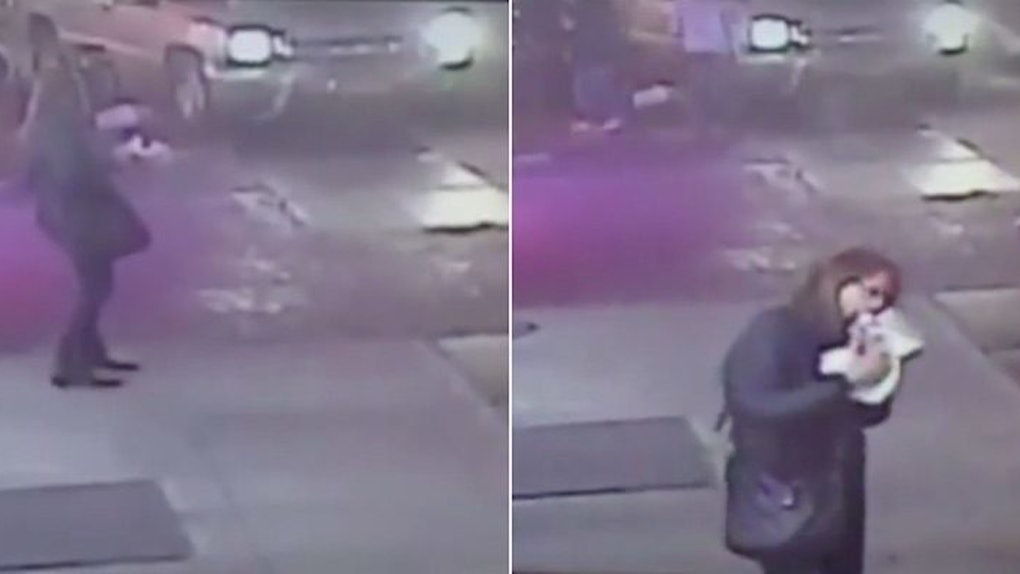 A woman continued walking and chowing down on her pizza even though a car just struck someone a few feet away.

According to DNAinfo, a Chevrolet truck jumped the curb and hit 30-year-old Victoria Nicodemus in Fort Greene, Brooklyn about 5:26 pm on Sunday.

Surveillance footage shows what appears to be a middle-aged white woman walking down the street with a slice of pizza just before the car appears right behind her.

She turns around and seems to clearly see Nicodemus lying on the ground underneath the car.

But as others rush to help the victim, the woman just turns back around once more before resuming her walk and digging into the pizza.

Nicodemus was pronounced dead at the hospital, and two others who were hit by the car, ages 37 and 75, are reported to be in stable condition.

Marlon Sewell's truck ended up on the sidewalk after swerving right to avoid hitting a car in front of him, DNAinfo reports.

The 39-year-old was arrested for driving without a driver's license or insurance on the vehicle.