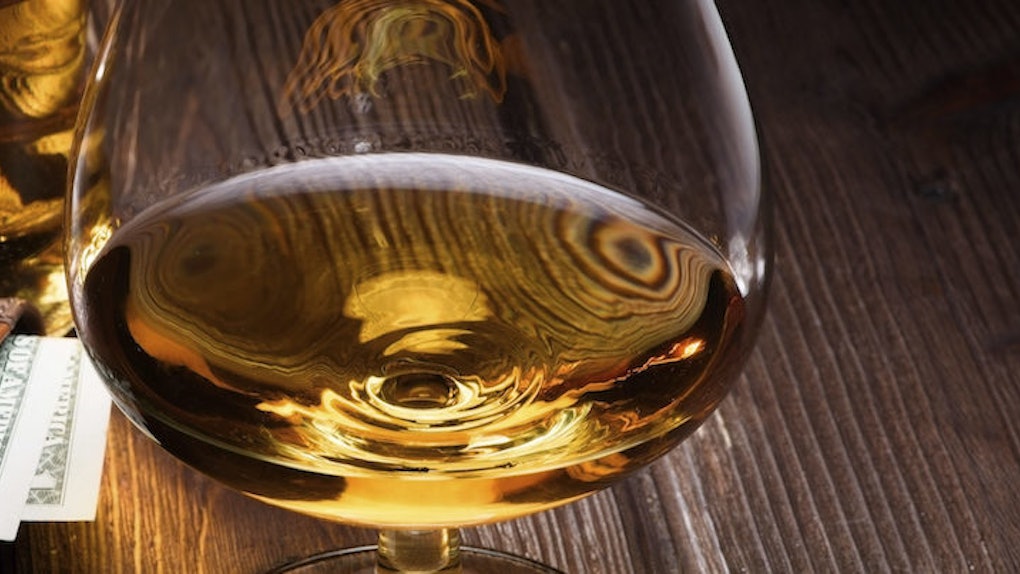 A Chinese woman reportedly chugged an entire bottle of cognac at an airport when she was told the beverage would not be allowed on her flight.

According to the South China Morning Post, a woman known only by her last name, Zhao, was stopped by security at Beijing Capital International Airport Friday because a bottle of Rémy Martin XO Excellence was among her carry-on luggage.

She apparently bought the 700 ml bottle, valued at about $200, at a US airport and was about to board a flight from Beijing to Wenzhou, in southeastern China.

Chinese law, however, states carry-on luggage cannot include any liquids, alcoholic or not, measuring over 100 ml.

Zhao, who is reported to be somewhere around 40 years old, didn't want to just throw the bottle away so she drank the whole thing.

Surprisingly, she didn't appear to get alcohol poisoning or even lose her lunch. Her behavior was instead limited to rolling around on the floor, screaming and ultimately passing out, according to police.

A police officer told the Beijing Times about Zhao's behavior,

She was so drunk… she couldn't even stand up herself. We took her to a room in a wheelchair so she could rest.

The captain of the flight deemed Zhao a safety hazard so he barred her from the flight.

Several hours later, Zhao woke up and extended her gratitude to the police officers who came to her aid.

It's reported Zhao's family members took her home soon after.

Citations: Chinese woman chugs US 200 bottle of cognac at baggage check after security officers refuse to let her take it on plane (South China Morning Post)