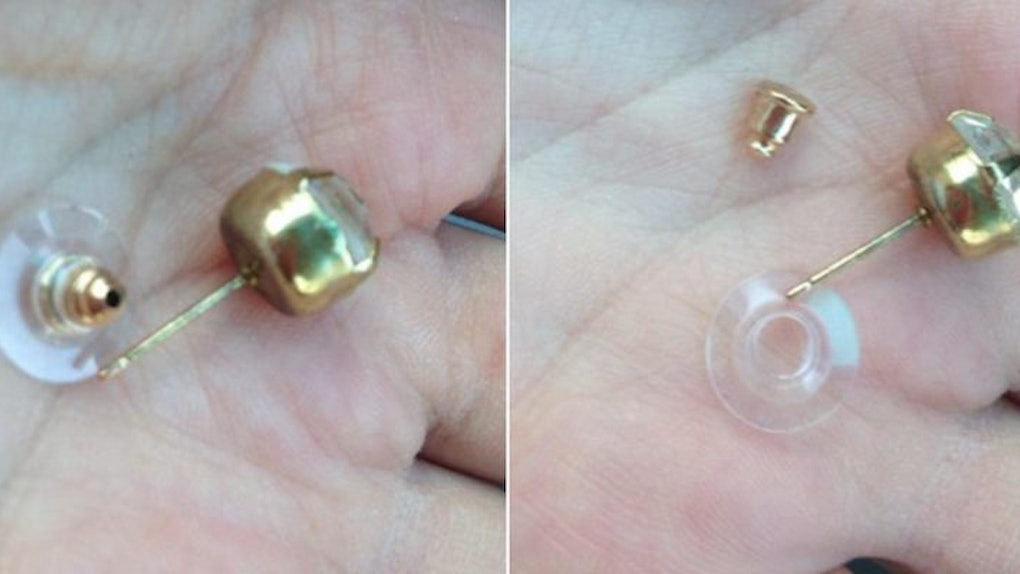 You know those tacky pieces of plastic on the back of earrings?

Well apparently, you could remove them from the earring backs this whole effing time.

After my nineteen years of living i have now realized that you are supposed to take the plastic part off pic.twitter.com/ejValCaa7G — Chelsea Smith (@Chelsea__Smithh) August 1, 2015

The Internet is mystified over this newfound fact.

Whatever “OMFHSJF” is, this girl is feeling it.

Someone tell this girl it's not her fault.

It's such a simple solution to such a random pseudo-problem.

@Chelsea__Smithh whY AM I JUST FINDING THIS OUT NOW — keely (@keelywhitesides) August 2, 2015

People are now questioning how deep the rabbit hole goes.

The discovery was retweeted almost 40,000 times.

Still, some people are saying this plastic piece is actually important to the earring itself and shouldn't be removed.

According to About.com, the plastic piece is an earring back stabilizer, frequently referred to as a "clutch," and it is used to displace weight so the earring doesn't droop.

Many Twitter users warned Chelsea of the Pandora's jewelry box she just opened because, apparently, some plastic pieces just aren't meant to be taken off their earring backs.

@Chelsea__Smithh almost 40 thousand people will have saggy earlobes now chelsea. — all of the feelings (@jenna_valentine) August 3, 2015

@Chelsea__Smithh@StaciAmor unless they tip forward in your ear then keep it on to stabilize the earring. — IG: eaglearmcandy (@luvnshuzmelissa) August 2, 2015

So, unless you want your ear looking like this, you should probably just keep the clutch in and suffer in plastic-disk silence.