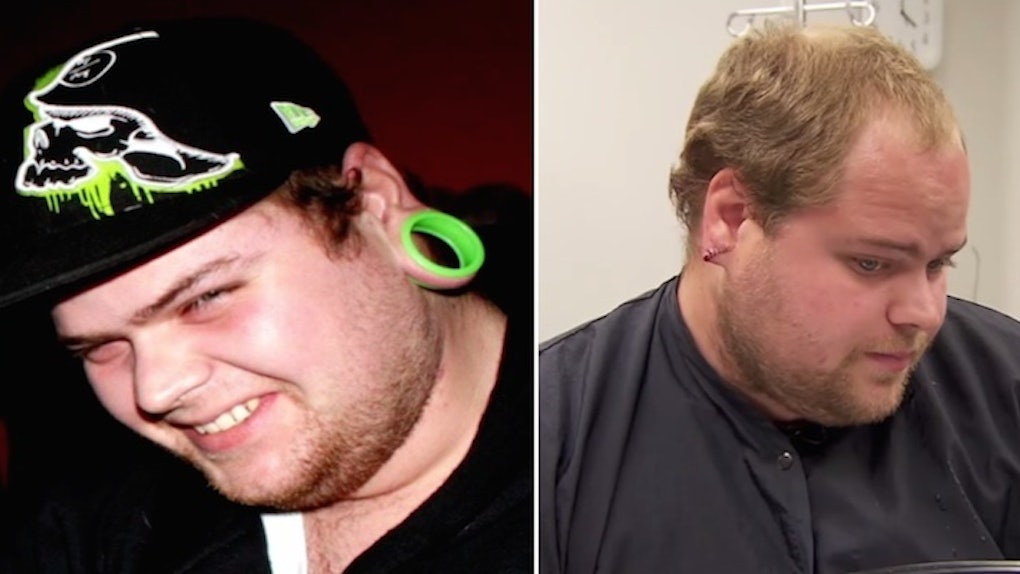 Man Gets Surgery To Reconstruct Earlobes After Wearing Plugs For Years

I don't think I will ever not be nauseous again after watching a doctor surgically fix someone's screwed up earlobes.

Meet Kurt Barnett, a 25-year-old Ontario resident who was 19 when he got swept up in the popular trend of earlobe gauging -- the art of using circular disks to stretch the earlobe.

After a few years, Kurt realized maybe he didn't want his ears to look disgusting and opted to get cosmetic surgery to fix the damage the spacers caused.

In an interview with CBC, Kurt said,

I don't really want to have these big huge holes in my ears because it just looks horrible.

According to Kurt's cosmetic plastic surgeon, Dr. Julie Khanna from the Institute of Cosmetic & Laser Surgery, the height of popularity for earlobe spacing was around five to 10 years ago.

Now all of the kids who took part in the trend are entering the workforce and slowly realizing employers aren't interested in hiring someone whose ears look like large, droopy SpaghettiOs.

It cost Kurt about $1,300 (1,700 Canadian dollars) for the procedure involving cutting off extra pieces of stretched skin from the area and suturing the two remaining loose pieces of the lobe back together.

It's disgusting, nauseating and gruesome, and you can watch the whole thing on a video below.

Only click if you have an empty stomach or know you can handle watching this horror movie of a procedure.