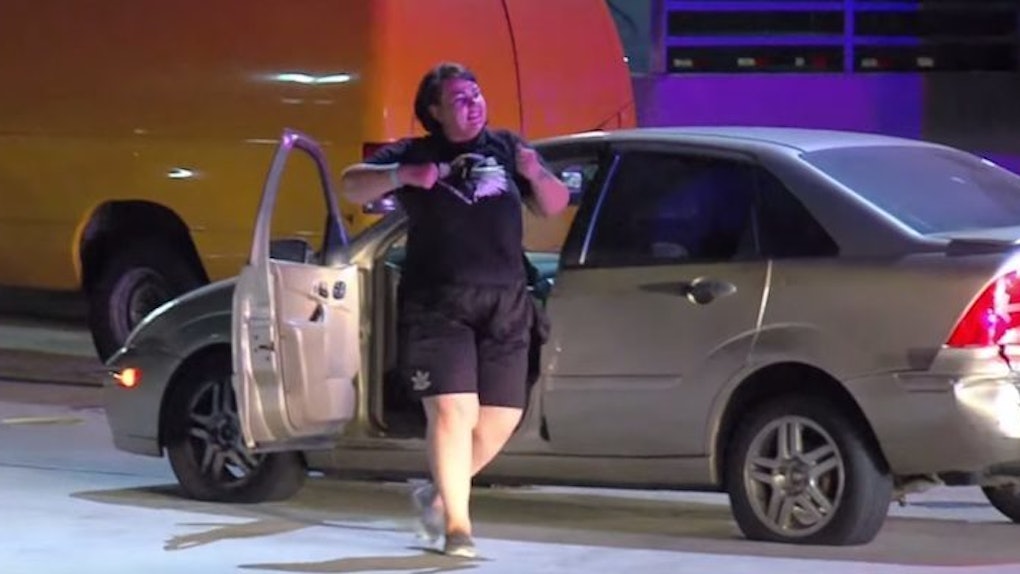 Sometimes, you just gotta love like you'll never be hurt, sing like there's nobody listening and dance like the entire Los Angeles Police Department is watching.

When Kelsey Wood realized her alleged attempt to escape the police in a stolen vehicle was not going to work out the way she planned, she was faced with an interesting set of choices.

Sure, she could have gotten out of the car, put her hands behind her back and gotten handcuffed like some doorknob, but that's not Kelsey.

Kelsey is no doorknob. Kelsey is a majestic flamingo in a woman's body with natural grace and movement in her soul rivaled only by Fred Astaire.

Kelsey made the decision to go down doing what she loved, blast what sounds like “Where Ya At” by Future ft. Drake and end the police chase by getting turnt.

For real though, the NY Daily News reports she was probably under the influence when she was arrested and is now being held on $75,000 bail.

So like, if you're reading this, maybe don't express yourself through the art of dance when the cops are involved.