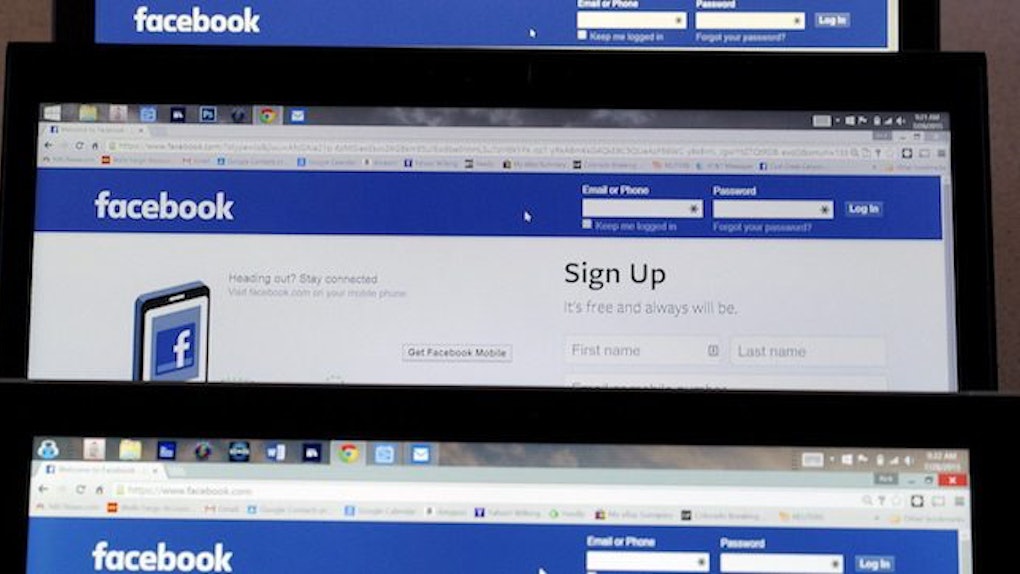 On Saturday night, a woman in Uppsala, Sweden was reportedly gang-raped in a three hour attack that was documented on Facebook Live. Since then, three people have been arrested.

According to SVT News, the horrific event was broadcasted in a closed Facebook group to over 60,000 members.

Witnesses say multiple men stormed into the woman's house armed with guns, and from there, sexually assaulted her while live streaming the event.

Josefine Lundgren, 21, told Expressen that she first contacted the police to explain what she was seeing. She noted, "He pulled her clothes off and lay on top of her."

One of the men allegedly told the woman, "You have been raped," at the end of the broadcast. Additionally, one of the Facebook group members commented, "Three against one, ha ha ha" under the video feed.

SVT News reported the men even made an additional second live broadcast in which they forced the woman to state that she had NOT been raped.

Witness Linda Johansson told SVT, "They put the girl in front of the camera, but the guy who filmed [her] tried to persuade her to deny she had been raped. He was putting the words in her mouth. He was extremely threatening and laughed throughout the film.”

It was apparently during this second broadcast that police burst into the flat, turned off the camera and arrested anyone present. The woman was taken to the hospital.

Uppsala police officer Marcus Svensson confirmed on Sunday that they obtained at least one copy of one of the videos, and noted there were many witnesses to the event. Multiple people reached out to report the crime.

While no other information has been released, one person told Aftonbladet, "I first thought it was a poorly orchestrate joke." They added, "The first thing you think is 'how can you do such a thing to a girl?' And how can you do it live? It is totally sick."