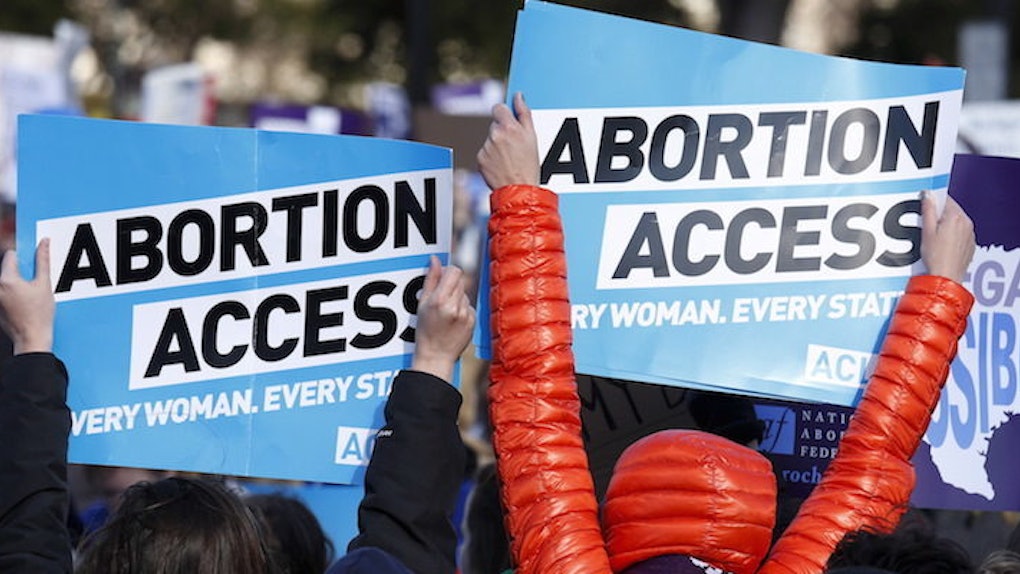 The FDA changed its label for the abortion pill this morning, which will make it easier for women in Texas, North Dakota and Ohio to get an abortion.

The FDA's new guidelines for Mifeprex, the medication abortion, are actually just the same guidelines most abortion providers have been using for years. Medications are often given in different ways than what the FDA suggests.

The FDA's old guidelines were based on clinical trials from the 1990s. The new guidelines -- which providers have been using for years -- are based on evidence of actual use of the pill.

So for most women seeking medication abortions, how they're given is not going to change. But for women in Texas, Ohio and North Dakota, they now have a new and cheaper option.

Laws in those states force providers to follow the FDA guidelines. So abortion providers had to use outdated rules. But now, they can follow the rules based on real-life evidence from the past 15 years.

There are two different types of abortions, medical and surgical. The medical abortion involves a woman taking one pill, mifepristone, and two days later taking a second pill, misoprostol. Together, these pills make the woman miscarry.

(It should be noted the "surgical" form isn't all that surgical -- nothing is actually cut open.)

The FDA guidelines were updated in a few ways. Most importantly, they extended when the pill can be used. Originally the FDA said it could only be used up to 49 days since a woman's last period. Now, it can be used up to 70 days after.

The new label also lowers the dose of mifepristone from 600 milligrams to 200. This pill is expensive, so the lower dosage will lower the cost.

This becomes a major barrier that also raises costs -- especially when clinics shut down, making them further away from each woman. That requirement, which was met with shock by Supreme Court Justice Sonia Sotomayor, has been dropped and women can take the second pill at a place of their choosing.

Essentially this FDA change means state lawmakers won't be able to use the old guidelines as a way to restrict abortion access.

Although this is a step forward, it's a small one as there are still many roadblocks in the way for women seeking an abortion. Preterm, an abortion provider in Ohio, started using the new guidelines today.

The Supreme Court is hearing a case this year, Whole Woman's Health v. Hellerstedt, which fights laws in Texas that require clinics have hospital admitting privileges and meet the standards of ambulatory surgical centers. These laws have caused many clinics to shut down.

Unfortunately, we can't start offering medication abortion in rural areas ... where clinics closed, because we still have to have admitting privileges.

Whole Woman's Health will start using the updated guidelines by the end of the week.

Since clinics have begun closing, waiting times for surgical abortion appointments have increased, so women have had to wait longer into the pregnancy to get an abortion. Now, though, women will have more access to the medical abortion, so they will be able to get abortions sooner.

I'm hoping that it may give more women access to a safe method of abortion earlier in pregnancy.

Before the Texas law required providers to follow FDA guidelines, 40-50 percent of patients chose the medication abortion. After it was passed, that percentage dropped to five.