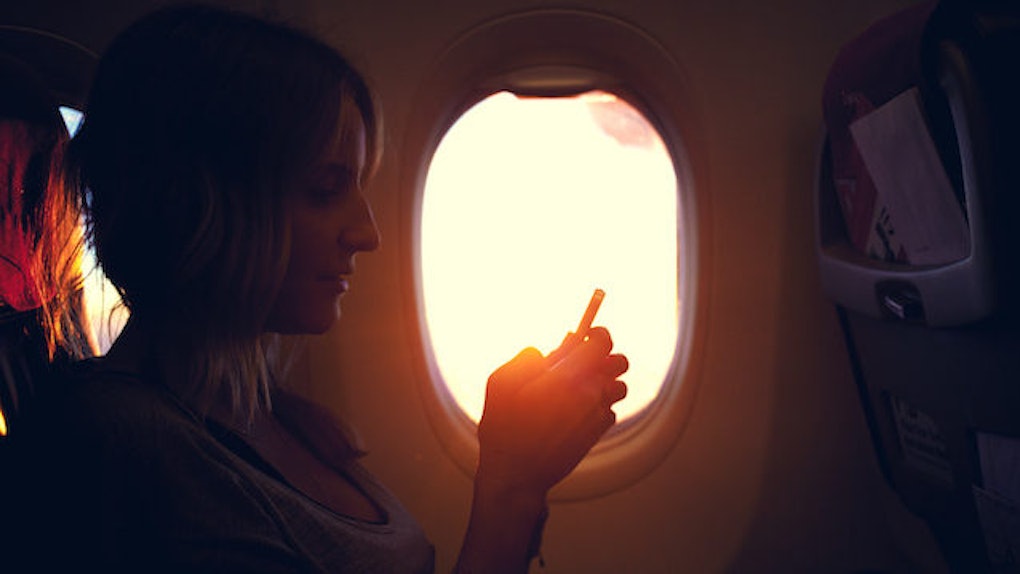 You Can Now Get WiFi Without Paying On All JetBlue Flights

Our prayers have finally been answered.

For years, we have been forced to switch our phones to “Airplane Mode” when boarding a flight, waving goodbye to loved ones and our social lives for the entire time we're in the air. Or, we've had to pay for expensive, unreliable onboard WiFi.

Ain't nobody got time for that.

But, if you're flying with JetBlue, you will no longer have to endure this painful injustice.

The airline has just introduced free WiFi on every single one of its domestic flights.

In a way, it's pretty strange that it's taken until 2017 for this to happen with any airline, but I'm completely on board with this. (Pun intended).

And hopefully, JetBlue is blazing the trial for other airlines to give us all the free WiFi our hearts desire. American Airlines, Delta, United Air Lines — listen up.

JetBlue said it will offer its “Fly-Fi” service on every plane, from the departure lounge to the arrival gate.

JetBlue's Fly-Fi, which clocks in at broadband speeds beating sluggish and pricey Wi-Fi offerings onboard other carriers, keeps customers connected with an Internet experience similar to what they have at home, including the ability to stream video and use multiple devices at once.

Not only can you use WhatsApp and social media to check in with your buddies, but you can also stream Amazon Video, which is pretty cool.

But probably the best thing about this (other than it being free internet, obviously) is you don't have to keep reconnecting over and over again.

There's no turning off WiFi as you take off or land, so the frustration of continually losing service is something that shouldn't bother you (as long as it works).

So yeah, “Airplane mode” truly is a thing of the past.