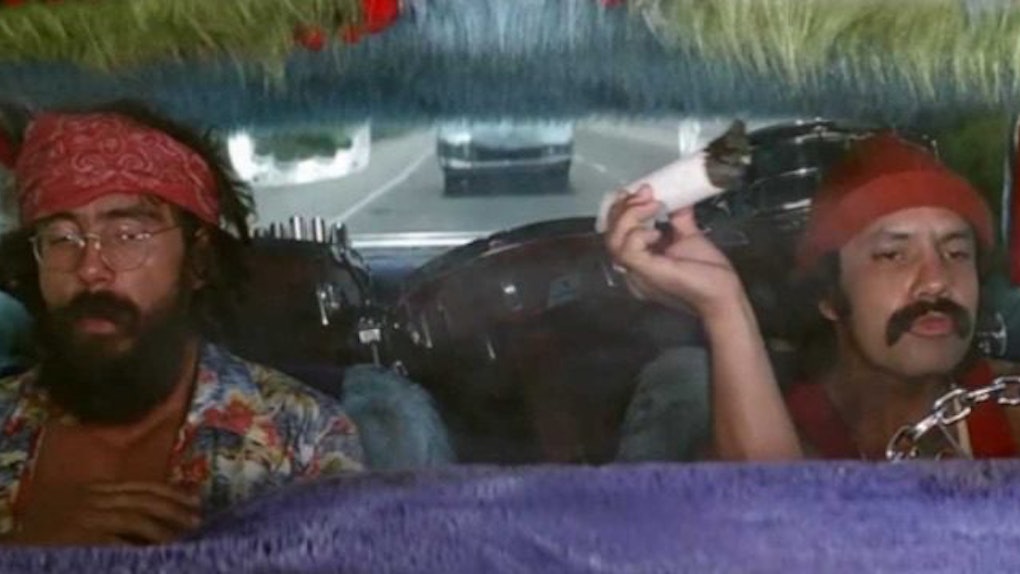 Is Weed Stronger Today Than It Was 20 Years Ago?

No matter who you are or what you do, you've probably taken a hit or two from a joint of Mary Jane in the past. If you've chosen not to, don't sweat it — weed isn't for everyone.

But if you're a pot-lovin' marijuana advocate, chances are you've been exposed to the green plant that's slowly (but surely) on its way to legalization. Heck, you're probably lighting up a joint in honor of 4/20 right about now, too.

Thanks to weed pioneers and marijuana advocates, millennials are able to live through the exciting legalization transition firsthand and celebrate 4/20 with "high" hopes that the plant will soon become legal.

However, while 20-somethings kick back and light up, we can't help but wonder if weed today is as potent as it was when our elders smoked it before us.

So, what's the deal? Is the pot we're smoking today stronger today than it was 20 years ago?

Unfortunately, I was only 5 years old back then and can't give you personal experience on the subject, but I asked someone who definitely can.

His name is Tommy Chong, and he's the self-proclaimed "King of Pot."

You probably know him as the infamous "Chong" from the comedic duo, "Cheech and Chong," who starred in the 1976 hit movie "Up in Smoke" among other films and stand-up routines during the '70s and '80s.

Chong recently talked to Elite Daily about weed, and we got to ask him if marijuana today is really stronger than it was 20 years ago.

To my surprise, he said no.

It depends on the weed. It's like saying, 'Are the apples today sweeter than they were yesterday?' Some weed is stronger, some weed is not. It's weed — they haven't altered that plant at all. All they've done — if anything — is made it easier to grow more. But the plant itself? No difference.

Chong — who's partial to the Sativa strain — has spent a majority of his life smoking pot and working hard towards marijuana legalization.

If there's anyone we can trust with an opinion on marijuana potency, it's definitely him.

However, while Chong insists the strength of weed between 20 years ago and today hasn't changed, science begs to differ.

According to a study called "Changes in Cannabis Potency Over the Last 2 Decades" in the journal Biological Psychiatry, weed is becoming stronger with each passing generation.

During the study, researchers examined over 38,600 samples of illegal marijuana collected by the US Drug Enforcement Administration over a span of 20 years. The weed they studied was in plant, hashish and hash oil form, Live Science reports.

After examining the cannabis, they declared the level of THC rose from 4 percent in 1995 to roughly 12 percent in 2014, and that CBD levels fell drastically from 2001 to 2014. (CBD is a healthy compound found in cannabis.)

Researchers also found an increase in sinsemilla, which is a stronger type of cannabis with a higher concentration of THC.

So, according to science, weed is getting stronger.

The study also suggests that higher potency of THC to CBD in marijuana can result in negative health effects, like panic attacks and psychosis.

The activist claims that there are tons of health benefits that come along with smoking weed, and told Elite Daily, "I realized early in my life that weed is not only a fun drug, but it's a healthy drug."

Apparently, Tommy realized this when he started bodybuilding at a young age.

Being health conscious, it led into my pot-smoking. Because I learned that all the top body builders wouldn't drink alcohol, or do any other kind of drugs — but every one of them ... would smoke a joint.

Based on the films he's starred in and the work he's done, it's easy to assume Chong was a total pothead who chain-smoked his joints — but that definitely isn't the case.

Chong told me he's always been a very "light" smoker, and that he is "aware of how little pot you need to take you where you want to go."

I was always a very light smoker all my life because I had to perform. First of all, I couldn't get too stoned because I was trying to go to school, and I was trying to keep my brain sharp. I never had the luxury of too much money, ever — and so I've always worked. I've always been very cautious about my intake, especially about pot. I've never tried to smoke it all up in one setting. I've met people that do that.

Although Chong's opinions on weed differ from those of various researchers, he still suggests you should try pot before making any claims about it.

He stated, "Everyone has to learn about pot on their own. You can't learn it from books. You can learn a certain amount, but you gotta try it before you can talk about it."

Of course, keep in mind that pot is still illegal throughout most of country, so be conscious of where try it.

Oh! Speaking of legalization, I asked Tommy if he thought he would see weed become legal in his lifetime, and he thinks it "absolutely" will be.

The truth is, with pot — like I've said — it's the same pot that was here 20 years, 60 years, 50 years, 100 years ago — it the same pot that will grow anywhere for anybody. It'll take a few generations, you know. A couple years from now, it'll be decriminalized and it'll be used all over the world — and it will promote a lot of peace.

Tommy currently owns a weed line called "Chong's Choice," and says the marijuana labeled with his brand name is the "best stuff" out there.

He said, "When you see Chong's Choice, you can be assured that it's been tested and approved by the 'King of Pot' himself, Tommy Chong."

Check out his collection here.

Citations: Changes in Cannabis Potency Over the Last 2 Decades (1995–2014): Analysis of Current Data in the United States (Science Direct), Potent Pot: Marijuana Is Stronger Now Than It Was 20 Years Ago (Live Science), How Did Marijuana Become Illegal in the First Place? (Drug Policy)